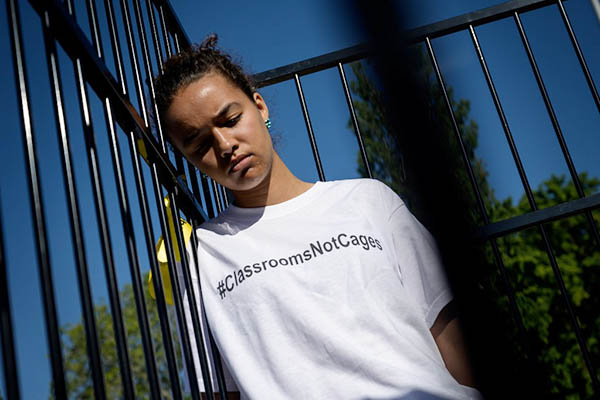 A coalition of 20 U.S. states announced on Monday they would sue Donald Trump’s administration over its recent decision to remove legal limits on how long migrant children can be detained.

“With this rule, the Trump administration is paving the way for ICE to imprison innocent children for indefinite periods of time,” Massachusetts Attorney General Maura Healey said in a statement.

The Department of Homeland Security last week said it was terminating the 1997 Flores Settlement Agreement, a legal ruling that said the government could hold migrant children in detention for no more than 20 days. The White House said the Flores rule was outdated and did not take into account the massive increase in Central American migrant families and children crossing into the U.S. in recent years.

A new policy, to be implemented in less than 60 days, will allow children and their families to be detained for an unlimited time.

Human rights groups have also criticized the Trump administration’s new rule and vowed to oppose it in court. Trump made cracking down on illegal immigration a key part of his 2016 presidential campaign platform.

In 2018, he launched a “zero tolerance” policy that saw more than 2,300 children separated from their parents at the border, before the government backed down amid a massive public outcry.