U.S. Steps Up Surveillance of Pakistan 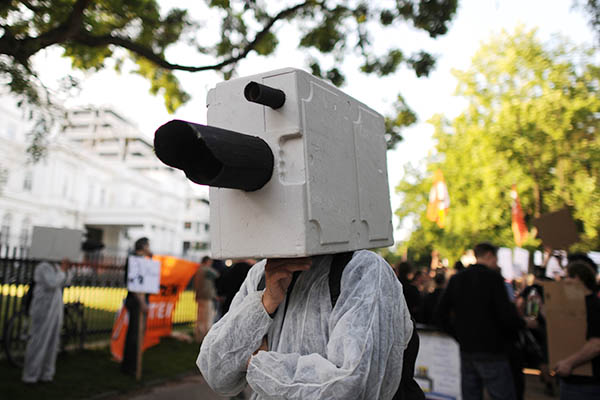 Report based on information provided by Edward Snowden reveals new levels of mistrust between War on Terror allies.

While U.S. intelligence agencies spend billions monitoring enemies like Al Qaeda and Iran, they pay just as much as attention to ally Pakistan, The Washington Post reported Tuesday.

The United States has intensified surveillance of Pakistan’s nuclear weapons, is concerned about biological and chemical arms sites there and tries to evaluate the loyalty of Pakistani counterterrorism agents recruited by the CIA, the Post said.

America has delivered nearly $26 billion in aid to Pakistan over the past 12 years, with the money aimed at stabilizing the country and ensuring its cooperation in counterterrorism efforts, according to the paper.

But now that Osama bin Laden is dead and Al Qaeda is weaker, U.S. spy agencies appear to be shifting their attention to dangers that have surfaced outside Pakistani areas patrolled by CIA drones.

“If the Americans are expanding their surveillance capabilities, it can only mean one thing,” said Husain Haqqani, who served as Pakistan’s ambassador to the U.S. until 2011. “The mistrust now exceeds the trust.”

On other issues, the Post said other classified documents provided to it by Snowden reveal new allegations of human rights abuses in Pakistan.

U.S. spy agencies reported that senior Pakistani military and intelligence officials knew of and possibly ordered a broad campaign of extrajudicial killings of militants and other adversaries, the Post said.

These reports were based on communications intercepts from 2010 to 2012 and other intelligence.

Public disclosure of the reports could have forced the administration of President Barack Obama to sever aid to the Pakistani armed forces. This is because of a U.S. law that prohibits military assistance to human rights abusers. But the Post said the documents indicate that administration officials decided not to press the issue so as to preserve an already frayed relationship with Pakistan.

In a statement, a spokeswoman for the National Security Council said the United States is “committed to a long-term partnership with Pakistan, and we remain fully engaged in building a relationship that is based on mutual interests and mutual respect.”

“We have an ongoing strategic dialogue that addresses in a realistic fashion many of the key issues between us, from border management to counterterrorism, from nuclear security to promoting trade and investment,” said the spokeswoman, Caitlin Hayden. “The United States and Pakistan share a strategic interest in combating the challenging security issues in Pakistan, and we continue to work closely with Pakistan’s professional and dedicated security forces to do so.”

You put hussain haqani in your piece and want people to believe all that is written in it. Please as soon as I saw his name, I moved to the end to write this comment.