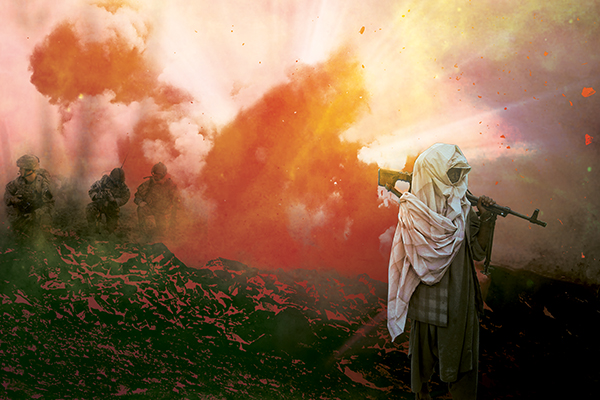 Both groups claim there has been no progress in resuming peace talks suspended in 2013.

The U.S. and the Taliban’s central spokesman on Thursday denied plans to hold peace talks in Qatar, contradicting earlier claims by militant leaders that contacts would resume in the Gulf state within weeks.

The denials came after multiple commanders said five former members of the Taliban supreme council would soon restart contacts with U.S. officials in Qatar to try to get peace talks on track after more than 13 years of war in Afghanistan.

“The United States currently has no meetings with the Taliban scheduled in Doha,” National Security Council spokeswoman Bernadette Meehan said.

The Taliban’s central command also sought to distance itself from the announcement, saying its conditions for full-blown talks were a long way from being met. “We do not have any plans for negotiations with anyone in Qatar. Regarding the negotiations, there is no new changes in the policy of Islamic Emirates of Afghanistan,” Taliban spokesman Zabihullah Mujahid said in a statement.

There have been several attempts at starting dialogue in recent years between the Taliban, Kabul and the United States—the Afghan government’s chief supporter—but with little success.

A Pakistan-based commander had earlier cautioned that the preliminary contacts announced Thursday did not mean that Mullah Omar and the top Taliban leadership had given their blessing to full-blown peace talks.

The beginning of peace talks would not necessarily bring with it a Taliban ceasefire, as a U.N. report published Wednesday revealed the bloody security situation facing Afghanistan. The number of civilian casualties in 2014 leapt by more than 20 percent from a year earlier, according to the U.N.’s annual casualty report, with most killed in ground fighting.

The U.S.-led NATO mission in Afghanistan ended its combat operations at the end of 2014, but a contingent of 12,500 foreign troops has stayed on to give training and support to Afghanistan’s 350,000 soldiers and police.