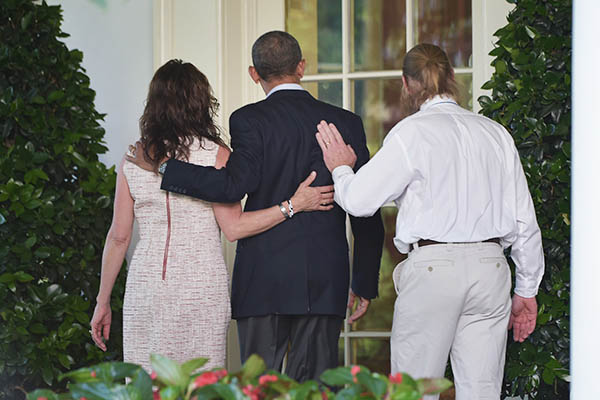 The dramatic deal to free soldier Bowe Bergdahl in exchange for Taliban prisoners ignited criticism after the insurgents’ leader declared a “big victory,” but also raised hopes for peace as the U.S. prepares to leave Afghanistan.

Washington has defended the swap as critical to saving Bergdahl’s life, as his health had deteriorated sharply after five years spent as the only U.S. soldier held captive by the Taliban since the war began in 2001. But the exchange announced Saturday was criticized by Republican lawmakers, who said the five Taliban prisoners, all senior figures held at the U.S. military prison in Guantanamo Bay, could return to the battlefield and pose a threat to Americans abroad.

Senator John McCain, who was himself a prisoner of war in Vietnam, called them the “hardest of the hardcore,” and said it was “disturbing that these individuals would have the ability to re-enter the fight.”

And Afghanistan’s foreign ministry branded the deal—brokered by Qatar where the five will remain for a year—as illegal, saying it contravened international law which prohibits handing over prisoners to a third country.

Mullah Mohammad Omar, the spiritual leader of the Taliban, issued a rare statement praising the release of the Guantanamo five as a “big victory,” and congratulating “all the mujahideen.”

Despite the Taliban boasts, analysts said the deal could be a much-needed confidence-booster as the United States prepares to withdraw from Afghanistan in 2016, ending America’s longest war 15 years after the September 11 attacks.

U.S. Defense Secretary Chuck Hagel expressed hope it could lead to direct U.S. talks with the Taliban, and support the Afghan-led effort to reach a peace deal critical to preventing collapse in the uncertain phase ahead. “So maybe this will be a new opening that can produce an agreement,” he said.

The release of the men, all influential former officials of the Taliban regime toppled by the U.S.-led invasion of Afghanistan, had long been the main condition imposed by the militants to launch peace negotiations with the U.S.

“I think it shows all sides’ goodwill for trust-building and start of the peace talks in near future,” Ismail Qasimyar of Afghanistan’s High Peace Council said of the deal Sunday.

Hagel provided new details on the operation to retrieve Bergdahl in comments to reporters while en route to Bagram air base north of Kabul, where he met with more than a dozen members of the special forces team that plucked the 28-year-old to safety. “We believed that the information we had, the intelligence we had, was such that Sergeant Bergdahl’s safety and health were both in jeopardy, and particularly his health deteriorating,” Hagel said. “It was our judgment that if we could find an opening and move very quickly with that opening, that we needed to get him out of there, essentially to save his life.”

Dozens of special forces troops backed by helicopters were sent to an undisclosed location in eastern Afghanistan where Taliban militants handed over Bergdahl, officials said.

Bergdahl’s parents held a tearful press conference on Sunday in which they revealed they have yet to speak to their son. “Bowe has been gone so long that it’s going to be very difficult to come back,” his father Bob said, likening the process to decompression as a diver slowly resurfaces. “If he comes up too fast, it could kill him.”

Bergdahl arrived Sunday at the U.S. military medical center in Landstuhl in southern Germany where he is to continue his “reintegration process,” the army said. U.S. officials initially said the soldier was in “good” condition and able to walk on his own, but his father said he might have difficulty speaking English after five years with his Pashto-speaking captors.

Militant sources said he was held at various spots along the volatile Afghan-Pakistan border, finally ending up in North Waziristan. The circumstances of the Idaho native’s disappearance, from a base in Afghanistan’s eastern Paktika province in 2009, remain unclear.

Hagel sidestepped questions over whether Bergdahl had gone AWOL or deserted his post, saying only that “other circumstances that may develop, and questions—those will be dealt with later.”

Some Republicans said President Barack Obama had endangered American lives by appearing to trade Bergdahl for the Taliban prisoners. But Hagel told NBC: “This is a guy who probably went through hell for the last five years. Let’s focus on getting him well and getting him back with his family.”