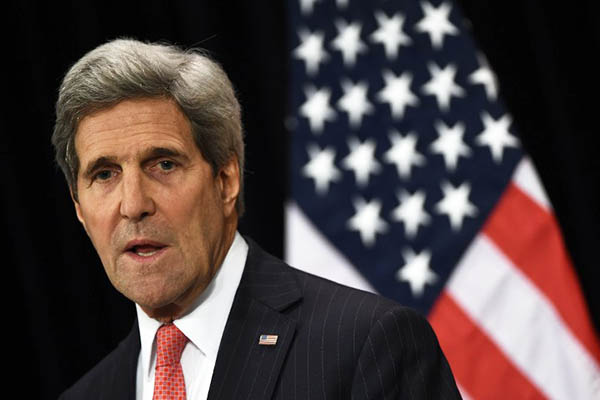 Secretary of State says the money will resolve 35-year-old issue and describes it as a ‘fair’ settlement.

The United States is to repay Iran a $400 million debt and $1.3 billion in interest dating to the Islamic revolution, Secretary of State John Kerry said Sunday.

The repayment, which settles a suit brought under an international legal tribunal, is separate from the tens of billions of dollars in frozen foreign accounts that Iran can now access after the end of nuclear sanctions. But the timing of the announcement, one day after the implementation of the Iran nuclear accord, will be seen as pointing to a broader clearing of the decks between the old foes.

U.S. President Barack Obama defended the settlement in a televised statement from the White House, saying it was for “much less than the amount Iran sought.”

Kerry said the claim was in the amount of a $400 million trust fund used by Iran to purchase military equipment from the United States prior to the break in diplomatic ties, plus $1.3 billion in interests. Iranian-U.S. ties broke down in 1979 after revolutionaries—angered at U.S. support for Iran’s deposed monarch—stormed the American embassy and took hostages.

In 1981, the Iran-U.S. Claims tribunal was established in The Hague to settle outstanding debts between the two countries, and Tehran filed a suit demanding the arms payment be returned.

Kerry described Sunday’s payment of the 35-year-old trust as a “fair settlement.” But the debt deal immediately drew the ire of those in Washington who think the Obama administration had already made too many concessions to secure the nuclear deal. “Lining the pockets of the world’s leading state sponsor of terrorism is not a strategy that will keep America safe, and Hillary Clinton should immediately condemn this payment,” said a statement from Reince Priebus, chairman of the Republican National Committee. “While it is a relief to see unjustly held Americans returned home to their families,” Priebus said, “the Clinton-Obama nuclear agreement gives Iran too much in return for too little.”

Kerry, in defending the agreement, said that “Iran’s recovery was fixed at a reasonable rate of interest and therefore Iran is unable to pursue a bigger tribunal award against us, preventing U.S. taxpayers from being obligated to a larger amount of money.”

He went on to say all of the U.S. claims against Iran at the tribunal had long been settled and had netted American companies and individuals $2.5 billion. But Kerry added there are more Iranian claims pending and that the United States would try to negotiate to resolve them.