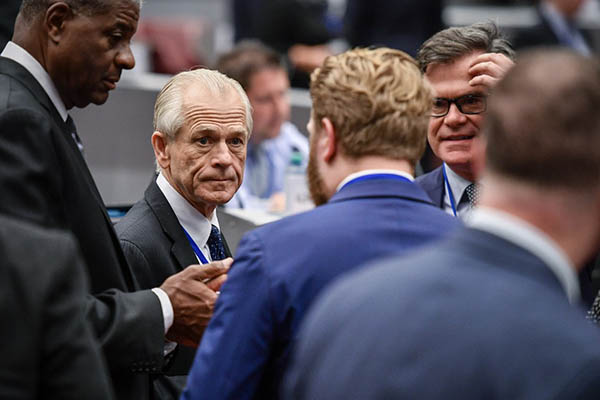 U.N. agency to reform rules, likely increasing the cost of mailing parcels from China to the U.S.

The United States is set to remain in the U.N. postal agency after member states on Wednesday decided to reform rules that Washington claimed unfairly benefit China.

President Donald Trump’s administration had argued that American taxpayers were being forced to subsidize deliveries from other countries, notably China, and vowed to quit the Universal Postal Union (UPU) this year unless the system was dramatically reformed.

At an emergency summit, only the third in the UPU’s 145-year history, nations agreed to new rules that will allow countries to “self-declare” the rates they charge for bringing bulky letters and small parcels to their final destination.

“That diplomacy is based on one simple principle: international organizations like the UPU must respect the rights of the United States,” he added.

Once implemented, the new system will likely cause an increase in the cost of sending parcels from China to the U.S. by post. “China is certainly going to pay more for the privilege of shipping to our market,” Navarro told reporters. “We’ll buy less stuff from China and more stuff from other countries,” he added, estimating the taxpayer-supported U.S. Postal Service could save up to $500 million per year.

The Bern-based UPU has until now determined what rates its 192-members could charge for ensuring delivery of packages sent from abroad. It has long imposed lower prices for bulky letters and small parcels coming from emerging and developing countries, a group that still includes China.

Navarro has maintained that under the current system it costs more to send a package from Los Angeles to New York than from Beijing to New York, penalizing U.S. small businesses and manufacturers. He said that while the injustices in the UPU did not exclusively benefit China, “this is primarily a China problem and we need to be honest about that.”

UPU chief Bishar Hussein noted the rate issue had plagued the organization for “a very long time,” but that Trump’s withdrawal threat brought the crisis to a head. “I did not want to see this union fall apart,” he told reporters after the compromise was announced.

Hussein said it was too early to offer precise estimates on how costs will rise, but conceded that the “end customer”—for example someone in the West buying goods directly from China—“will definitely have to [pay] a higher cost.”

The U.S. had pushed for a radical and immediate reform enabling UPU members to immediately self-declare rates, but that option was voted down on Tuesday. The compromise adopted allows the U.S. to self-declare its own rates from July of 2020, while offering a so-called “multi-speed option” for other countries to phase in their new rating system over time.