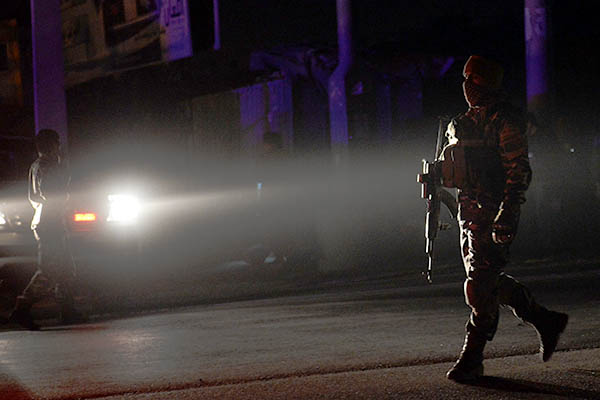 Officer Museeb Khan absconded to the Hezb-i-Islami with an armored vehicle full of weapons and ammunition.

A U.S.-trained Afghan special forces commando has defected to an insurgent group, taking with him an armored vehicle full of weapons and ammunition in Kunar province, officials said Monday.

“He left his base and drove to his home district to join Hezb-i-Islami,” said Kunar Governor Shuja-ul-Mulk Jalala, referring to an insurgent group that fights alongside Taliban militants.

Museeb Khan was an officer in a special force unit assigned to conduct complex operations against the Islamist rebels who wage a guerrilla war against U.S.-led NATO forces and the Kabul government. The defection will be a blow to the development of the country’s special forces as they increasingly take on high-target missions from elite U.S. soldiers ahead of the NATO coalition’s withdrawal by the end of next year.

Jalala said a manhunt had been launched to find Khan, who also escaped with some unidentified military equipment.

Zubair Sediqi, a purported Hezb-i-Islami spokesman, said that the officer had been in contact with the group before his defection. He gave no further details.