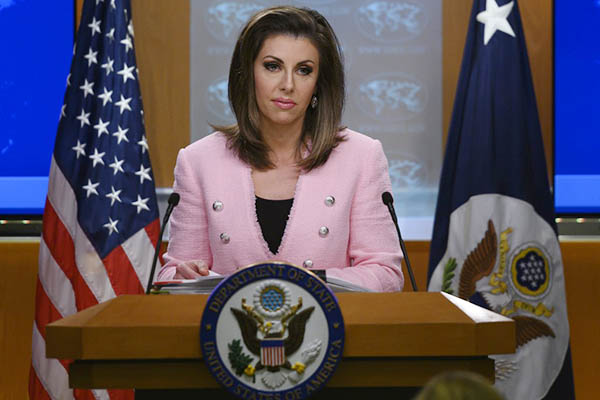 Washington on Monday urged respect for rights and called for the maintenance of peace along the de facto border in Kashmir after India stripped a special autonomy status from its part of the divided region.

New Delhi’s action sparked fears of further violence in the Muslim-majority Himalayan territory, where India and Pakistan have conflicting claims.

“We are concerned about reports of detentions and urge respect for individual rights and discussion with those in affected communities,” State Department spokeswoman Morgan Ortagus said in a statement.

Just ahead of the Indian announcement, senior former and current India-Occupied Kashmiri political leaders said that they had been put under house arrest. “We call on all parties to maintain peace and stability along the Line of Control” that divides the Pakistani and Indian sectors of the disputed territory, Ortagus said.

Ortagus said the U.S. is “closely following” events in Jammu and Kashmir state, but noted that India has described its actions as “strictly an internal matter.”

U.S. President Donald Trump last month claimed, during a meeting with Pakistani Prime Minister Imran Khan, that Modi had asked Trump to help mediate the Kashmir dispute. While Pakistan has often sought third-party mediation in the decades-old disagreement, which has cost tens of thousands of lives, the idea is anathema to India, which has always insisted the issue can only be resolved bilaterally.