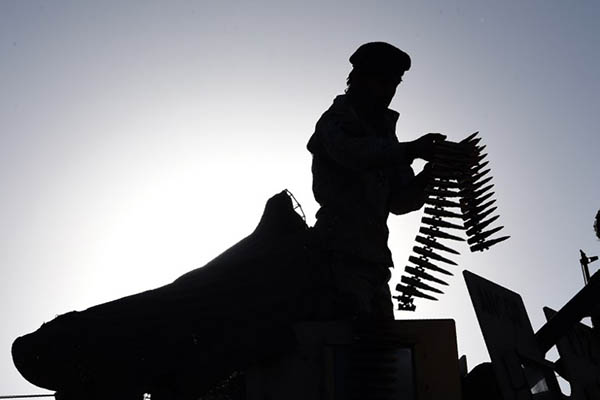 U.S. efforts to train Afghanistan’s security forces are being hampered by slapdash instruction, shoddy oversight and governance failures, a watchdog warned on Thursday as America sends thousands more troops to the war-torn nation.

American assistance to the Afghan army and police has topped $70 billion since efforts to build the security forces began following the 2001 U.S.-led invasion, but 16 years later they are still struggling to contain a Taliban-led insurgency.

John Sopko, the Special Inspector General for Afghanistan Reconstruction, whose agency provides independent oversight of reconstruction programs, said the U.S. was woefully unprepared to take on the challenge of creating security forces of the size and scope needed in Afghanistan. He said the U.S. did not even have a deployable police training unit for dangerous environments, leaving the bulk of the work to the U.S. military.

“One U.S. officer watched TV shows like Cops and NCIS to learn what he should teach,” Sopko told the Center for Strategic and International Studies. “In eastern Afghanistan, we met a U.S. Army helicopter pilot assigned to teach policing.”

And in another bizarre example, training sessions for Afghan police were based on PowerPoint slides lifted from U.S.-NATO operations in the Balkans. “The presentations were not only of questionable relevance to the Afghan setting, but also overlooked the high levels of illiteracy among the police,” Sopko said.

President Donald Trump last month announced his policy to knock back the Taliban, who are continuing to mount deadly attacks, control large areas of territory and are killing Afghan forces by the thousands. Under the plan, the U.S. is sending more than 3,000 additional troops to Afghanistan to train and advise the country’s security forces.

Critics have questioned what the extra U.S. troops can accomplish that previous forces—who numbered some 100,000 at the height of the fighting—have not.

Sopko’s office released a report on Thursday highlighting lessons learned from the past 16 years that looks to help improve future Afghanistan training efforts.

It finds the U.S. government is not well organized to conduct large-scale security missions in post-conflict nations or the developing world, and says security assistance must be tailored to a host nation’s needs. “Security-force structures and capabilities will not survive the end of U.S. assistance if the host nation does not fully buy into and take ownership of security sector assistance programs,” Sopko said.

The inspector also faulted Afghanistan’s government institutions and pointed to a lack of staffing at the U.S. embassy in Kabul as confounding problems.

Afghan police and army units in 2015 took over from NATO the task of providing security for the country. According to SIGAR, 6,785 Afghan soldiers and police officers were killed between Jan. 1 and Nov. 12, 2016, with another 11,777 wounded.

Even those partial numbers showed an increase of about 35 percent from all of 2015, when some 5,000 security forces were killed. Still, Sopko credited the Afghans for “fighting hard and improving in many ways,” but stressed the U.S. and NATO have to do a better job helping them.