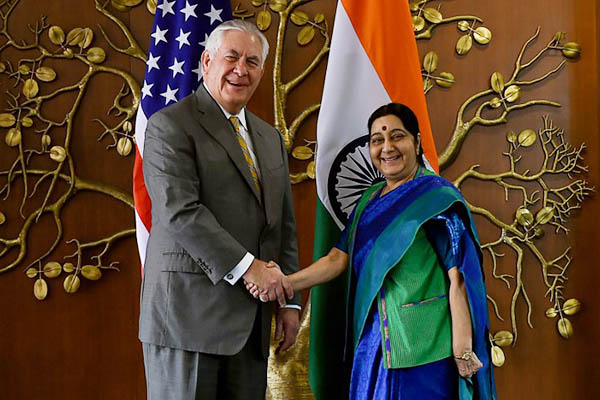 Secretary of State Rex Tillerson said on Wednesday the United States was concerned that extremist groups pose a threat to the “stability and security” of the Pakistan government.

Tillerson, who arrived in New Delhi late Tuesday after a frosty reception in Islamabad, said the U.S. was worried that too many extremist groups were finding safe havens inside Pakistan from which to launch attacks on other nations. “Quite frankly my view—and I expressed this to the leadership of Pakistan—is we also are concerned about the stability and security of Pakistan’s government as well,” he told reporters in New Delhi. “This could lead to a threat to Pakistan’s own stability. It is not in anyone’s interests that the government of Pakistan be destabilized.”

Tillerson’s visit to Pakistan came months after President Donald Trump accused Islamabad of harboring “agents of chaos” who could attack U.S.-led NATO forces in neighboring Afghanistan. Tillerson’s warning followed an unannounced stop in Afghanistan on Monday, where he reiterated U.S. commitment to the country and warned that Washington has made “very specific requests” of Pakistan over militancy.

In New Delhi the Secretary of State thanked his Indian counterpart Sushma Swaraj for standing “shoulder to shoulder” with the U.S. in combating extremism in the region.

Hypocrisy at its peak when he chose India as the place to show concern about Pakistan stability. India has officially acknowledged that her policy is to destabalize and isolate Pakistan. But both of you forget that Pakistan HAS THE BOMB AND YOU CAN DO NOTHING BESIDES BARKING AT EACH OTHER ABOUT HOW TO DEAL WITH PAKISTAN IN THE PRESENCE OF “THE BOMB”.