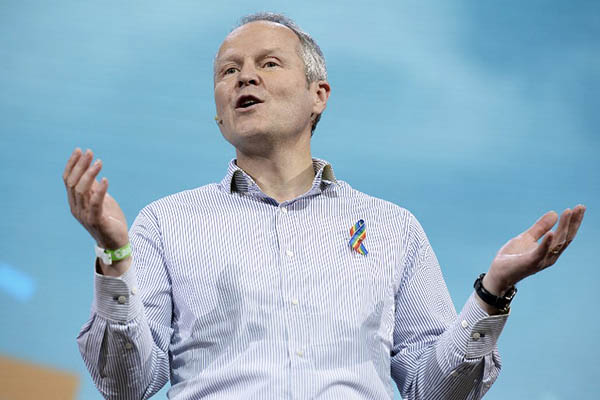 Guillemot brothers fear corporate raider Vincent Bollore could be making play for company behind ‘Assassin’s Creed’, among others.

Nothing in the farming background of the Guillemot brothers, who hail from the remote Brittany region, destined them to one day do battle with France’s most feared corporate raider. But that was before they conquered the gaming world with titles like Just Dance and action game Assassin’s Creed, attracting the voracious attention of fellow Breton businessman, Vincent Bollore, head of the Vivendi media conglomerate.

The Guillemot brothers are already one-nil down against Bollore.

Vivendi succeeded earlier this year with a hostile public offer for shares in Gameloft, the developer of games for mobile devices including the Dungeon Hunter and Modern Combat series, that was founded by Michel Guillemot. And now Bollore also wants Ubisoft, the prized jewel in the Guillemot crown.

He has already taken nearly 23 percent in the company that is led by Yves Guillemot. That sounded the alarm among the tight-knit and discreet brothers, who own just 13 percent of Ubisoft’s shares with 19 percent of the voting rights.

Moreover Bollore will soon benefit from a new regulation in France that gives long-term shareholders double voting rights, to have 27.5 percent of votes.

Vivendi’s pledge in June that it would not launch a hostile public offer for Ubisoft for the next six months did little to calm their worries, as Bollore has made no secret of his desire to unite Gameloft and Ubisoft. Concerned that Vivendi’s next step may be a push to get its representatives on Ubisoft’s board of directors, the Guillemot brothers circled the wagons ahead of Ubisoft’s general shareholders meeting at the end of September, causing Vivendi to back off.

But Vivendi said in a statement later it “considers that it would be good corporate governance for it to be represented on the company’s board of directors considering its level of equity interest.”

“Vivendi’s statement should feed the fear of management to a creeping takeover by the media group,” said a client note from the Gilbert Dupont brokerage. Vivendi also blocked measures at the meeting which would have the given the board the right to distribute free shares or offer share options to managers or employees, which would have allowed the Guillemot brothers to cheaply strengthen their control over Ubisoft.

Yves Guillemot said after the meeting they had “won an important battle for the company” but not the war. “The tension may re-emerge next year,” he said, recognizing the threat of a hostile offer for Ubisoft.

Gilbert Dupont said it considered a public offer unlikely at this point, given the opposition voiced by employees at the shareholder meeting to the prospect of a Vivendi takeover. Another broker, who asked not to be named, noted that a public takeover would require an additional outlay of 3 billion euros, and that given its debt levels, Vivendi may not want to fork out the cash.

The company that was the top game publisher for consoles in the first half of 2016 in the key North American and European markets traces its origins to an unlikely place. The five Guillemot brothers—who also include Gerard, Claude and Christian—grew up in the tiny Brittany town of Carentoir. Their business adventures began in 1984 when Claude and Michel turned their parents’ business in trading agricultural commodities toward the burgeoning computing sector, in particular the distribution of video games.

After creating two games for the Amstrad and Commodore 64 personal computers, they launched Ubisoft in 1986. Ubisoft scored a breakout success in 1995 with Rayman, featuring the limbless humanoid known to throw his floating appendages at his enemies, on the first Sony Playstation console. It quickly emerged as a major firm in the industry, generating 1.4 billion euros in annual sales and employing 11,000 people across 20 countries.

The brothers, who all sit on the board of directors, hold equal shares in Ubisoft and the other family-held companies. They speak each week in sometimes stormy conference calls, and gather regularly for trips on the family yacht anchored in the Brittany port of Trinite-sur-Mer.

“The Guillemots are a clan of discreet visionaries,” said Laurent Michaud, an expert at the Idate technology consultancy. “They take risks with small teams on projects off beaten paths.”

But their propensity to invest in numerous projects could end up being their undoing. To raise funds to invest the Guillemots listed Ubisoft on the stock exchange in 1996, and have gradually seen their stake diluted to where they are now no longer the top shareholder. The brothers have, however, successfully defended Ubisoft against a hostile takeover attempt before, seeing off the giant U.S. game developer Electronic Arts in 2004.

But with Bollore, they have an experienced corporate raider and in Vivendi a media company with interests in film and television that could gain additional value from Ubisoft’s game franchises.

Ubisoft has, in fact, been moving in this direction itself. Its movie unit, Ubisoft Motion Pictures, will be coming out with its first full-length feature film, Assassin’s Creed, in December.

Ubisoft teamed up with Fox for the film, but Vivendi has film unit StudioCanal. Ubisoft has also moved quickly to catch up in the mobile game segment, announcing last month it had acquired Ketchapp, a French start-up behind smartphone games 2048 and Stack.

Inside a Berlin ‘Gaming House’