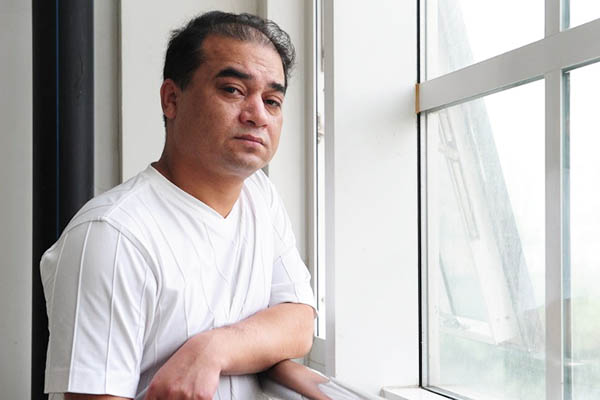 A Chinese court on Tuesday sentenced a prominent scholar from China’s mostly-Muslim Uighur minority to life in prison for “separatism,” his lawyer said, in a case that critics say could add to tensions in the restive Xinjiang region.

Ilham Tohti, a former university professor and outspoken critic of Beijing’s policies in the vast western region, “will certainly appeal,” the sentence handed down by a court in Xinjiang’s capital Urumqi, Li Fangping, one of his lawyers, told AFP. Tohti, 44, said he “did not agree,” with the sentence as it was announced, but was not allowed to make any further statement, Li said, adding that the court will “confiscate his entire property.”

The United States, the European Union, and several human rights groups have called for the release of Tohti, whose prosecution risks silencing moderate Uighur voices and cutting off the possibility of dialogue, analysts say. The Xinjiang region is home to about 10 million members of the Uighur minority, and in the last year has been hit by a string of attacks on civilians and clashes, which have killed at least 200 people.

China blames the unrest on organized terrorist groups seeking independence for Xinjiang. Rights groups say that discrimination and government repression of the Uighurs’ religion and language has fuelled violence.

Tohti was detained in January after he criticized the government’s response to a suicide car attack in Beijing’s Tiananmen Square, which the government blamed on separatists from Xinjiang. Tohti spoke out against independence in interviews and was seen as a moderate voice on Uighur issues but was repeatedly subject to house arrest and prevented from leaving the country. He went on trial last week and was denied food and kept in shackles for weeks at a time during his detention, his lawyers said.

Tohti’s detention prompted an outcry from human rights groups including Amnesty International and Human Rights Watch, as well as overseas groups run by Uighurs. State prosecutors presented the court with a large amount of material, including videos of Tohti’s university lectures and posts from his website “Uighur Online,” as evidence that he had led a separatist group, Li said. They also included testimony from some of Tohti’s students, around eight of who have also been detained.

In a closing statement at his trial Tohti said he loved his country and that in his opinion “it has always been that it is in the best interests of Uighurs to remain in China,” according to Li. In a 2011 essay, Tohti wrote: “I earnestly hope that my homeland can become as prosperous and developed as the rest of China. I worry about my homeland and my country falling into chaos and division.”