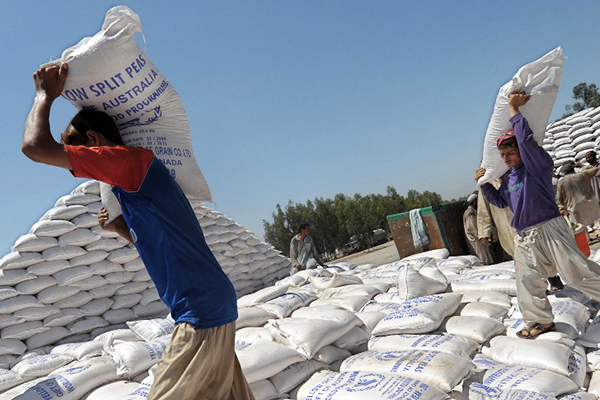 The U.N. World Food Programme has received $4.5 million from the U.K.’s Department for International Development to feed displaced communities in Pakistan’s volatile northwest.

The donation comes at a crucial time to enable WFP to continue its assistance over the coming weeks to people affected by law and order operations in Khyber-Pakhtunkhwa province and the federally-administered tribal areas, where WFP currently provides monthly food rations to more than a million people.

“This very timely donation will help to provide the handling costs for the generous wheat contribution from the government of Pakistan, as well as purchase monthly food rations for about 25,000 families from Tirah valley and Kurram agency affected by the latest spillover of hostilities. Supporting communities who are at risk of increasing vulnerability is now a priority in the northwest,” said Lola Castro, WFP’s representative in Pakistan.

This latest contribution from the U.K. will allow WFP to procure 2,145 metric tons of fortified mixed-food commodities as well as mill, fortify, transport, and distribute over 6,500 metric tons of wheat donated by the Pakistani government.

Moazzam Malik, director of DFID’s Western Asia department said: “I am very pleased that DFID is able to support WFP’s efforts to provide essential wheat and food rations for displaced persons. This support is critical as the number of families displaced in the northwest continues to rise and they will be increasingly vulnerable heading into winter.”

WFP currently requires $31 million to fully implement its operations in Pakistan until the end of this year, of which $6 million is still needed to cover costs required for handling of the government-donated wheat.