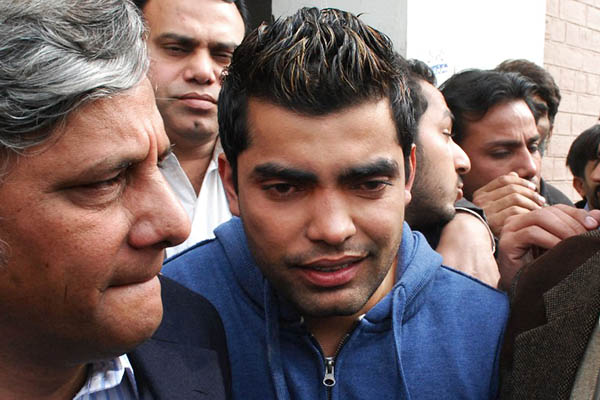 Batsman was removed from Twenty20 squad last week, allegedly over ‘misbehaving’ with women at a party.

Talented but controversial batsman Umar Akmal on Monday denied any wrongdoing at a party, which led to his axing from the Twenty20 team for the three-match series against England later this month.

The Pakistan Cricket Board (PCB) last week said Umar was in contention for the 16-man squad but was dropped over an incident in Hyderabad in which he was alleged to have “misbehaved” with women at a party. The PCB has also served a show cause notice to the 25-year-old batsman whose career has been checkered with disciplinary problems.

Akmal, younger brother of Kamran and Adnan, who also played for Pakistan, on Monday responded to the PCB show-cause notice. “I attended a dinner party after being granted official permission by my team manager,” he said in his response to the PCB notice.

Last year, Akmal was jailed in Lahore after he had a scuffle with a traffic warden over running a red light. He was also left out of the team after the 2015 World Cup, with head coach Waqar Younis complaining about his insubordination during the event.

PCB Chairman Shaharyar Khan last week said Akmal would be given an opportunity to defend himself. Akmal meanwhile has labeled the allegations baseless.

“I am not answerable to anyone apart from the department I am playing for,” he told reporters. “Cricket is my love and I want to represent Pakistan for a long period of time.”

Pakistan’s Twenty20 captain Shahid Afridi has also reportedly backed the embroiled batsman, asking the PCB to clear Akmal and then reinstate him in the squad. Pakistan play England in a three-match T20 series with matches in Dubai (Nov. 26 and 27) and Sharjah on Nov. 30.