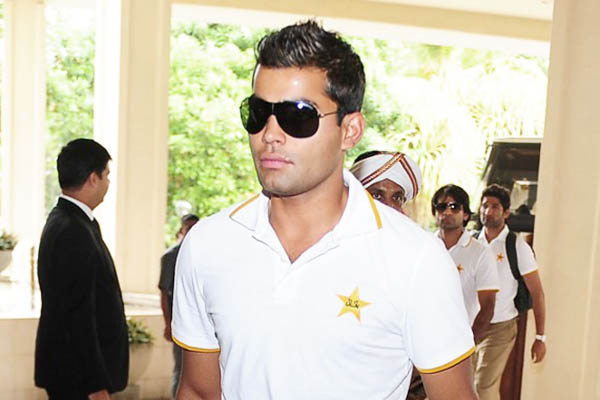 Batsman has been benched on disciplinary grounds over alleged ‘mistreatment’ of women.

Pakistan has left talented but inconsistent batsman Umar Akmal out of the squad for the three-match Twenty20 series against England on disciplinary grounds, the chief selector said Thursday.

The 25-year-old Akmal was allegedly involved in an incident involving “mistreatment” of women while playing a first-class game in Hyderabad last week, and was issued a show cause notice requiring him to appear before selectors. Chief selector Haroon Rasheed said Akmal was dropped on the instructions of the Pakistan Cricket Board (PCB).

“Umar had been penciled in for selection, but he has subsequently been dropped on instructions from the PCB, as he has been issued with a show cause notice for bringing the board and Pakistan cricket into disrepute,” Rasheed was quoted as saying in a PCB release.

Akmal has so far played 65 Twenty20 matches for Pakistan, the most recent being in Zimbabwe on Sept. 29. He was also dropped from the one-day team following the 2015 World Cup after head coach Waqar Younis cited his lack of discipline and insubordination.

Akmal, whose elder brothers Kamran and Adnan also played for Pakistan, was jailed for beating a traffic warden last year.

Pakistan’s 16-man squad also includes 39-year-old batsman Rafatullah Mohmand, 10 years after he first came into reckoning for the national team. Rasheed said Mohmand has been rewarded for his perseverance.

“Having experience of playing first class cricket for many years, with his form, sound technique and fitness, and also given his fielding credentials, Mohmand has been afforded an opportunity as he was considered to have potential to feature in an international T20 competition as an opener,” he said.

The first Twenty20 match will be played in Dubai on Nov. 26 followed by the second, also in Dubai the next day, with the final match in Sharjah on Nov. 30.

Meanwhile, Iftikhar Ahmed has been named as the 16th member of the one-day squad to fill in the slot that fell vacant following Younis Khan’s retirement. Khan retired from one-day cricket on Wednesday after Pakistan won the first match against England by six wickets.

PCB Chairman Shaharyar Khan said Akmal would be given an opportunity to clarify his actions. “There should be an inquiry and Umar will be given an opportunity and after that we will take action,” Khan told media. “He is suspended and was not included in the team before we make a decision. Basically our players are not educated, most of them are school drop outs, so this becomes a problem and we will address that as well.”