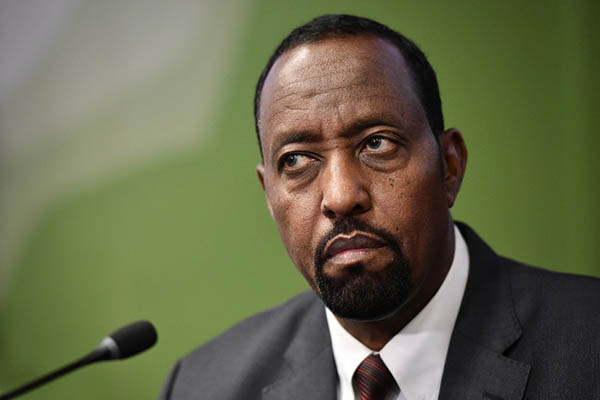 Head of Universal Postal Union warns of ‘total disruption,’ rising costs if U.S. pulls out of the body

The U.N. postal agency warned on Tuesday of “total disruption” and rising consumer costs if the U.S. delivers on threats to quit the body over complaints about rules Washington claims unfairly benefit China.

President Donald Trump’s administration announced last October that it planned to withdraw from the Universal Postal Union (UPU) in a year unless it underwent dramatic reform.

The standoff at the UPU, which sets international postal rates, comes amid Trump’s broader trade battle with China, with the U.S. charging that the current system penalizes American businesses.

“A departure of the United States from the union would mean there is a total disruption of the service to the country,” UPU chief Bishar Hussein told reporters, as the agency held an emergency meeting solely focused on brokering a compromise to allay U.S. concerns.

Hussein warned that a U.S. pullout would likely make it difficult, if not impossible, to send and receive packages to the U.S. through national postal services, resulting in higher shipping costs, including for online shoppers.

Speaking before the emergency meeting, Trump’s hardline trade adviser Peter Navarro said he had spent the past 11 months “preparing for a possible seamless exit.” But he stressed he had worked with Hussein and other countries to fix the so-called terminal dues system “that everyone in this room knows is broken.”

This week’s three-day meeting marks only the third extraordinary congress in the UPU’s 145-year-history. The agency, which is based in Bern and comprises 192 member countries, sets lower prices for bulky letters and small parcels coming from emerging and developing countries, a group that still includes China.

The U.S. and other countries have voiced concerns about the reimbursement received by their postal services for ensuring that such packages sent from abroad are delivered to their final destination, especially in an era of growing e-commerce. Navarro has maintained that under the current system it costs more to send a package from Los Angeles to New York than from Beijing to New York, penalizing U.S. small businesses and manufacturers.

According to Washington, it costs the U.S. $300-500 million annually under the current system. A Chinese representative at the talks conceded that the current system “has some problems … and has to be reformed,” but called for a “balanced” solution.

Navarro told the meeting that “there are only two acceptable outcomes.” Both involve the U.S. postal service immediately being allowed to charge similar rates for delivering packages from abroad to those it charges for domestic mailers.

The U.S. would prefer a system in which all UPU members be allowed to “immediately self-declare rates,” he said, but added Washington was willing to accept a “multi-speed option,” that would allow a five-year transition for countries to transition to self-declared rates.

Several members have backed versions of the U.S. reform proposal. “It is clear that the current system doesn’t work for all countries,” South Africa’s Minister of Communications Stella Ndabeni-Abrahams told the assembly.

The real impact of a U.S. withdrawal is not fully clear. But eBay appears concerned, with its grassroots network recently cautioning that such a move could lead to “increased costs and service disruptions, and global mail delivery could even come to a halt.”

Warnings have also been sounded about the implications for U.S. military members abroad sending packages home, and for Americans abroad wanting to vote by postal ballots. Hussein said he was “very optimistic that we are going to find a solution.”

“We have a track record of solving things. We have survived two world wars, and the United Postal Union has always really reinvented itself.”