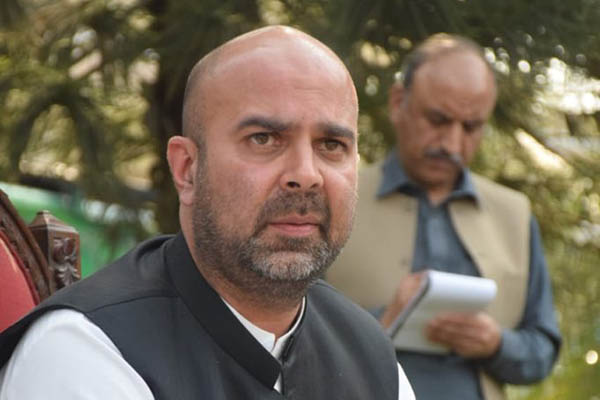 Commenting on a news report about Khyber-Pakhtunkhwa posting the highest confirmed COVID-19 fatality rate in the country—16, as compared to 15 each in Punjab and Sindh and 4 elsewhere—the province’s health and finance minister said it proved the need for a data-driven response to curb the pandemic.

“Understanding data will be critical in this fight [against COVID-19]; as will be the need for all—politicians, administrators, media—to change business as usual behavior,” he posted on Twitter. Quoting a portion of the report, which had claimed Khyber-Pakhtunkhwa had conducted fewer tests than the other provinces in line with WHO guidelines, he said it was “wrong to say that conducting fewer tests is best practice.”

“Across Pakistan, there isn’t enough testing, as is the case across much of the world,” said Jhagra, while praising healthcare professionals in the province for doing the best they could while working day and night to combat the virus.

“Given that, we are rapidly increasing testing capacity. From 40 to 300+/day; within this month we will be over 1,000+/day,” said the minister. “This can only be done keeping in mind human resources, safety, quality compliance and test availability. The last thing we need is for contagion [to spread] in test centers,” he added.

According to Jhagra, Khyber-Pakhtunkwha likely has a greater number of fatalities due to the dynamics of how coronavirus has spread in Pakistan and “not because the health system is better or worse.” Sharing a chart from the Pakistan Institute of Development Economics that showed the cities reporting the highest number of confirmed coronavirus cases in the country, he said that it clearly showed that “cases in cities are proportionate to populations/travel risk. Nothing to do with quality of healthcare.” The chart has Karachi leading, with 367 cases, with Lahore running up with 204. This is discounting cases from Sukkur, Dera Ghazi Khan or Raiwind, where data is skewed by quarantine centers and isolation policies.

“Data shows more people returning from abroad to Khyber-Pakhtunkhwa than to any other province over last 2-3 months,” said the minister. “It’s the nature of our labor market… Khyber-Pakhtunkhwa has the greatest number of districts affected (because of index cases from abroad),” he added noting that this implied that the region did not necessarily have a greater fatality rate.

“It is possible that rather than the fatality rate being different, the disproportionate death rates in different areas can actually help us to understand the true number of cases across Pakistan,” he said. “And that is why we are ramping up capacity to test more.”

Nationally, Pakistan has thus far tested around 35,000 people in a country of some 220 million. Of this number, the largest tests have been reported from Punjab province—17,000—while Khyber-Pakhtunkhwa has thus far conducted 1,900 tests.