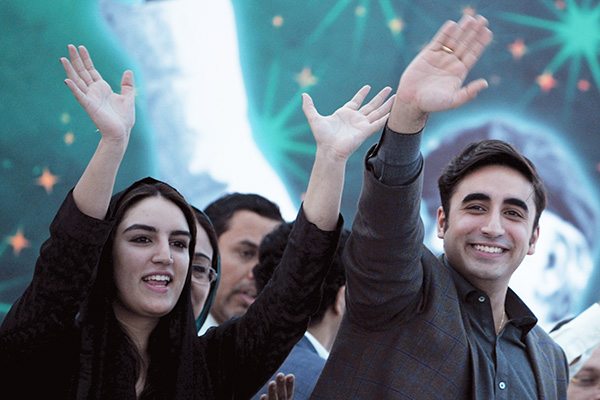 After sitting out the general elections due to security concerns, the PPP leadership is finally fighting back. Bilawal Bhutto Zardari, patron-in-chief of the party, has vowed to resist the PMLN-led government’s planned privatization of state-owned companies. “We are against privatization 100 percent,” said Bhutto Zardari at a celebration in Karachi to mark the 47th anniversary of the party his grandfather founded. “This is not privatization, this is personalization,” he said, alluding to fears of nepotism and cronyism. The 25-year-old scion of the PPP went on to accuse Prime Minister Nawaz Sharif of seeking personal gain from the planned sale of some 60-plus state-run enterprises, including Pakistan International Airlines and Pakistan Steel Mills. A day later, in a series of tweets, Bhutto Zardari reiterated his concerns, adding that the government should seek to give stakes in these companies to the labor force, as was done during his father’s presidency. Bhutto Zardari said he will oppose the “Mansha-ization” of the economy, a reference to Lahore-based businessman Mian Mansha who is widely viewed as someone too close to the ruling party, and said the federal government’s economic policy was “by Mansha, of Mansha, for Mansha.”