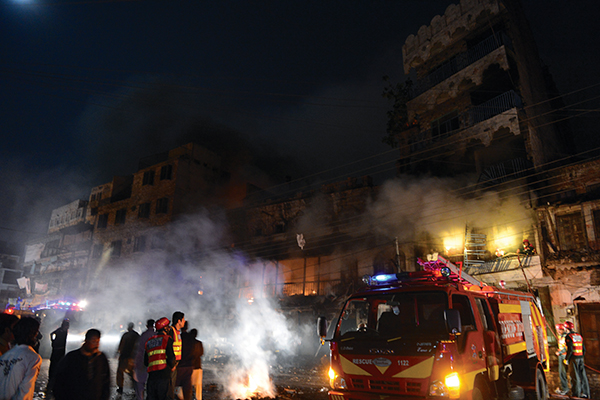 A Shia procession moving through Rawalpindi’s Raja Bazaar was attacked by the faithful from a nearby Sunni mosque. Or the Shia procession interrupted a Sunni sermon, prompting backlash. Or both groups were gearing up for the worst and the situation escalated. The reasons for the brutal sectarian violence that unfolded on Nov. 15 remain unclear nearly a week after the capital’s twin city was placed under military curfew and shut down for two days. What is clear is the damage caused by the riots that ensued. Eleven people are dead and over 80 injured. A mosque was set on fire and there are even reports that some students of a nearby madrassah were burned alive. The violence soon spread to Multan, Chistian, Kohat, Hangu, and Gujrat. Throughout, the federal government was silent. A token condemnation from Punjab’s Chief Minister Shahbaz Sharif offered nothing more than empty gestures promising compensation for the victims of the riots. In the days since, the government has started going through the motions: two senior police officials were removed from office, while an inquiry has been ordered to determine responsibility for the violence. The information technology ministry and the Federal Investigation Agency have also been ordered to monitor and take action against anyone propagating sectarianism through social media or text messages.