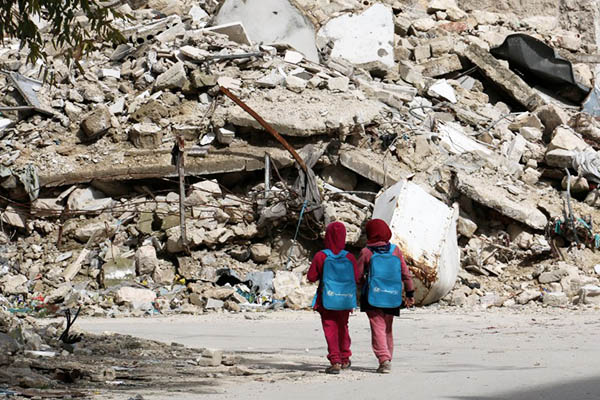 Countries should seek dialogue with the Islamic State group in war-torn Syria to help aid workers gain access to areas under its control, the U.N. children’s agency said Friday.

The militants have so far refused to talk with several United Nations agencies trying to send aid into areas under their control, making it difficult to help or even estimate the needs. UNICEF representative in Syria, Hanaa Singer, insisted Friday that countries and political actors should help aid workers gain the access they need.

“It is not the responsibility only of the humanitarian agencies,” she told reporters in Geneva. “This is a political responsibility for the political parties to talk and to put pressure and to start a dialogue with I.S.,” she added. Asked if she meant that nation states should try to talk to the group, she said: “Other state parties, yes.”

UNICEF and other agencies have managed to get some aid into areas held by the jihadist militants through local groups and partners on the ground, but far from enough, they say.

Singer stressed the need to establish a dialogue with the jihadist militants who control large swathes of Syria and neighboring Iraq “at least to protect the children.”

Syria’s conflict has left more than 210,000 people dead and 11.4 million displaced since it began in March 2011 with peaceful anti-government protests, eventually escalating into a full-blown civil war after the regime brutally cracked down on the demonstrations.