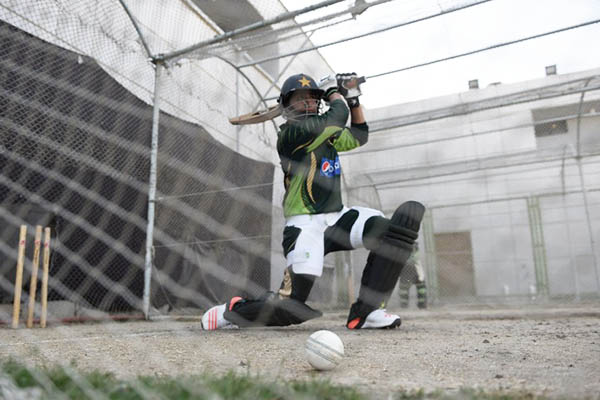 Stop obsessing over wins and losses.

When I first started playing cricket, I encountered scorn and excitement alike. Some of the neighborhood boys would jeer at me, while others would want to see my skills. Men and women, young and old, would stop and glare. I never let it discourage me. Street cricket came naturally to me and I loved it. When I was nine, maybe eight years old, my hair started to fall into my eyes so I went to a salon and got it chopped off. I had to keep playing and a few inches of hair wasn’t going to stop me.

As I grew older and started studying engineering at the Pakistan Navy Engineering College, I kept honing my batting skills and developed my own technique. But I had no official support. Much like today, there were hardly any cricket grounds, running tracks, academies or cricket teams dedicated for women in schools and colleges. When women’s cricket came under the ambit of the Pakistan Cricket Board in 2004, I tried out for the under-21 squad and was one of the women lucky enough to make the cut. I was no longer an outsider—even if the women’s team was considered little more than an afterthought.

Our team didn’t get its chance in the limelight until 2010 when we scored a 10-wicket victory over Bangladesh at the Asia Games final in Guangzhou, China. Reeling from the spot-fixing scandal plaguing the men’s team, Pakistan wanted a victory. We gave it to them and the whole nation celebrated. The support came flooding in. And then it didn’t. It was frustrating. For every step forward, we appeared to take two back.

But this year seems different and it came as a total shock. The Girls in Green defeated India—on its home turf—by just two runs during the ICC World Twenty20. The state-run PTV skipped our match, yet everyone was watching. I was told by my friends that their brothers, fathers and father-in-laws were glued to their TV sets. When we returned to our lockers, our phones were buzzing. Messages were pouring in from all over the country. It was overwhelming. This had never happened. Women had always supported us but now the men were too. We didn’t win the tournament and yet it felt like we did.

I am aware of the people comparing our performance to that of the men. We shouldn’t be asking whether the women would have had their moment in the sun had the men performed better. This isn’t about genders. All other national sports take a backseat to men’s cricket matches in this country. Even if the all-male hockey team scores a victory, it gets very little attention despite all of us representing Pakistan.

We need to stop comparing men and women athletes. We [women] have a long way to go and we know it. In terms of facilities, in terms of salaries, there is a marked difference. Our stipends aren’t even half of what the men receive. There aren’t any serious corporate sponsors for women athletes and barely any marketing campaigns try to project female icons. This isn’t exclusive to Pakistan. This is how it is everywhere. This year, Australia’s women were the only ones to fly business class with the men’s cricket team—the rest of us flew economy.

It will get better. I know it will because unity is our team’s biggest strength. We thrive on it and our performance speaks for itself. Prior to 2010, we hadn’t brought home a single gold medal in eight years. Today, we have defeated India twice in the World Cup. We are a combined whole; no individual takes precedence, nor should they.

Before leaving for the World Cup this year, I informed the PCB that I wanted to step down as Twenty20 captain. Please note: I am not quitting. I’ve led Pakistan through T20s for seven years and will continue to lead it in one-day internationals. But I want to pass the responsibilities of T20 captain onto the next person. I will continue to support the next captain, whoever it might be, and will share whatever knowledge I have acquired to help them take the team forward. That’s my vision.

At the World Cup I remember a little Indian kid named Armaan standing with us as Pakistan’s national anthem started to play. After it ended, he turned to me and whispered: “Good luck for the match.” It was a small gesture, but it reflects the spirit we need. Sports should bring us together, not push us apart. Let’s celebrate our wins and embrace our failures. Let’s enjoy the sport even when we are not winning.

Mir is captain of the Pakistan national women’s cricket team in the ODI format.