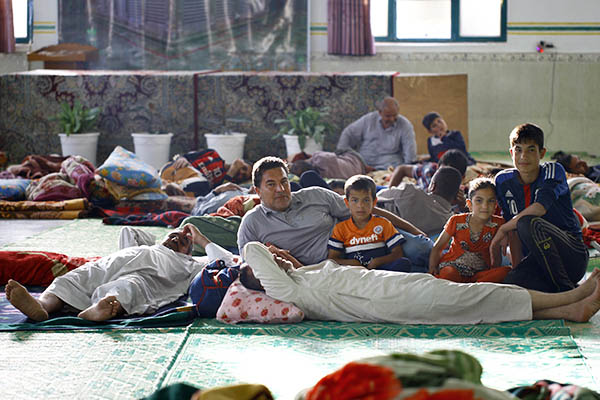 The United Nations launched an appeal on Sunday for $861 million in international humanitarian assistance to help millions of people in Iraq who are suffering from war and displacement.

Violence including the devastating war with the Islamic State jihadist group has displaced 3.3 million Iraqis in the past two years, while some 250,000 Syrians have fled to Iraq to escape the war in their country.

“We want to use this money to reach 7.3 million people. These are the most vulnerable people in Iraq,” U.N. humanitarian coordinator for Iraq Lise Grande told a Baghdad news conference. “Our top priority is to get to the people who are in the most trouble and to give them what they need in order to survive—food, cash, shelter, water,” Grande said.

Plunging oil prices have drastically reduced oil revenue, which Iraq relies on for the vast majority of its funds, meaning that Baghdad cannot afford to cover the cost of addressing the humanitarian crisis. “The needs of the displaced families are greater than our capacity, and therefore we need support from donor countries,” Jassem Mohammed al-Jaff, the minister of migration and displacement, said at the news conference.

Iraq plans to spend more than $1.5 billion on humanitarian assistance in 2016, but faces a shortfall of some $891 million that the funding appeal will help to address, according to the U.N. “The government has its back against the wall because the price of oil is so low, and that’s why we’re asking the international community to be generous,” said Grande.

The Islamic State group overran large areas north and west of Baghdad in 2014, and Iraqi forces are battling to push the jihadists back. The already huge number of displaced Iraqis is expected to increase further in 2016 as Iraqi forces fight to retake areas in Anbar and Nineveh provinces.

“Depending on the intensity of fighting and the scale of violence in the months ahead, 11 million Iraqis, perhaps even 12 to 13 million, may need some form of humanitarian assistance by the end of 2016,” the U.N. said. “More than 500,000 people are expected to flee their homes during the year, the majority from towns and districts along the Mosul and Anbar corridors,” it said in its humanitarian response plan for the year. “Perhaps an additional 1 million will be impacted by the battle for Mosul,” the plan says, referring to Iraq’s second city that is the jihadists’ main hub in the country.