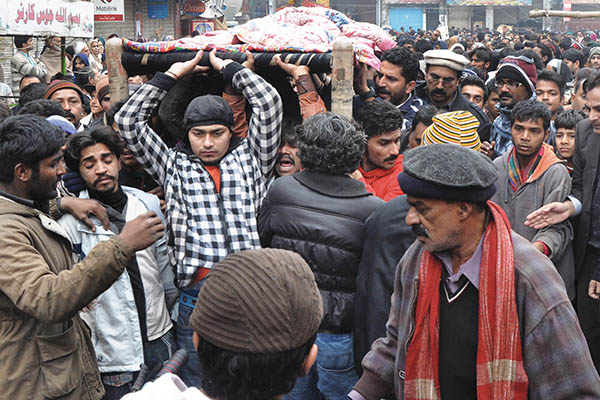 Moeen Yasin left his home in Lahore’s Green Town with friends on Jan. 1. He went missing the same day. His friends say Moeen had gone to the neighborhood mosque, Bait-ul-Karam, to use the bathroom. That’s where police found his half-naked body the next day—hanging from a fan in a locked room. He was 6 years old. As news of the child’s fate spread—and pictures of his hanging corpse circulated on social media—hundreds demonstrated near Moeen’s home demanding justice. On Jan. 3, the mosque’s prayer-caller Qari Saqib admitted to abducting, raping and killing the child, who had threatened to tell his parents about his ordeal. Despite this, Saqib held a press conference from jail on Jan. 7 begging forgiveness. He is now invoking the Islamic blood-money law to get off the hook. This is unacceptable, and a fit case for expanding the purview of the military courts.

This is insanity. As long as Islam prescribes asymmetry between man & woman; believer and kafir; man & the cosmos there will be problems of this type. It is time, Modern Man began to question an erratic belief system.