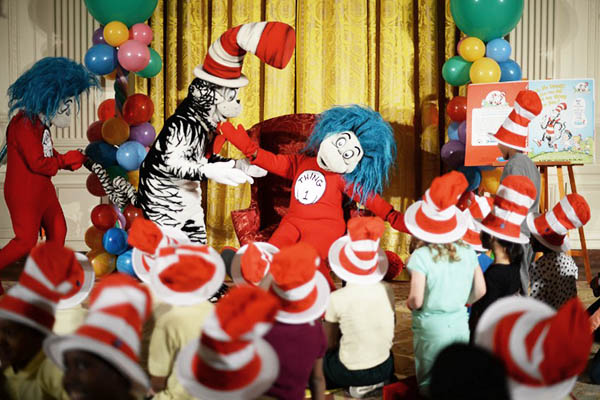 ‘What Pet Should I Get?’ was written over 50 years ago and is the first of at least two books found at the late author’s home.

If you’re in a sweat over getting a pet, and need to read up on the pet that you’ll get, do not fear, do not fret—Dr. Seuss could help you get that book yet.

Random House Children’s Books announced Wednesday it will publish a picture book by the late Dr. Seuss from an original, recently re-discovered manuscript that the beloved author wrote more than half a century ago. The illustrated manuscript entitled What Pet Should I Get? had been found in the La Jolla, California home of the author, whose real name was Theodor Geisel, following his death in 1991.

It was stored with his other belongings, and his widow Audrey rediscovered the text and drawings in 2013 when she was cleaning out her husband’s office space.

“We believe that he wrote and illustrated What Pet Should I Get? somewhere between 1958 and 1962—as the brother and sister in the book are the same as those in his bestselling beginner book One Fish Two Fish Red Fish Blue Fish, which was published in 1960,” Random House vice president Cathy Goldsmith said in a statement.

What Pet Should I Get?, the first of at least two books to be published from the re-discovered material, is set for a July 28 release date.

Goldsmith, who is supervising the book’s production, had served as Geisel’s art director, and worked with him on his last book of his lifetime, 1990’s Oh, the Places You’ll Go!

“I know he is looking down, watching over the process, and I feel a tremendous responsibility to do everything just as he would have done himself,” said Goldsmith.

Dr. Seuss wrote 46 children’s books, including the classics The Cat in the Hat and Green Eggs and Ham.