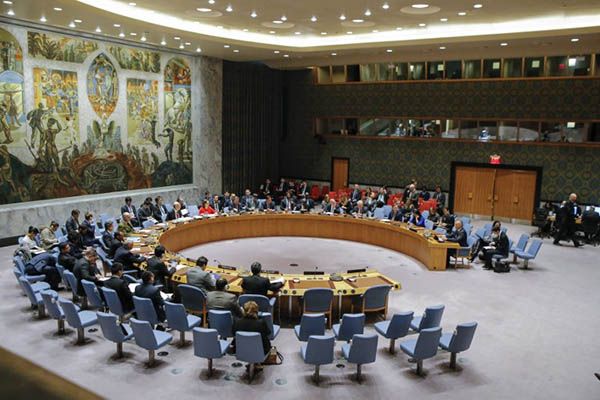 Security Council to meet behind closed doors on China’s request

The United Nations Security Council will on Tuesday meet at China’s request to hold another discussion on the ongoing situation in the disputed region of Jammu and Kashmir, Radio Pakistan has reported.

The UNSC is set to meet behind closed doors to discuss India’s scrapping of the territory’s special status for the second time—the first occurring in August shortly after New Delhi imposed a lockdown on the region, detained politicians and deployed hundreds of thousands of troops to “maintain peace.”

In a letter to the Security Council, sent on Dec. 12, Foreign Minister Shah Mehmood Qureshi had expressed concern about a possible further escalation of tensions. “In view of the seriousness of the situation and the risk of further escalation, China would like to echo the request of Pakistan, and request a briefing of the Council … on the situation of Jammu and Kashmir,” China’s U.N. mission wrote in a note to council members, seen by Reuters.

Kashmir has long been a point of contention between Pakistan and India, with both countries claiming the region in full but administering it only in part. New Delhi often blames Pakistan for a separatist insurgency that has been raging for several decades, but Islamabad maintains it only provides moral and diplomatic support.

The Security Council adopted several resolutions in 1948 and in the 1950s on the dispute, including one requiring a plebiscite to allow the residents of Kashmir the right to self-determination. Another resolution, cited by Pakistan several times in the past four months, calls upon both sides to “refrain from making any statements and from doing or causing to be done or permitting any acts which might aggravate the situation.”

India on Aug. 5, scrapped the special autonomy of the part of Kashmir under its control, and imposed a communications blockade that remains largely in place to this day. Prime Minister Imran Khan has made it a personal mission to serve as ‘ambassador’ for residents of India-held Kashmir, urging the global community to step in and prevent a ‘genocide.’ India, meanwhile, maintains that the situation is “normal” and it is only imposing a communications blackout and substantial military presence to prevent “militants” from taking advantage of the situation.