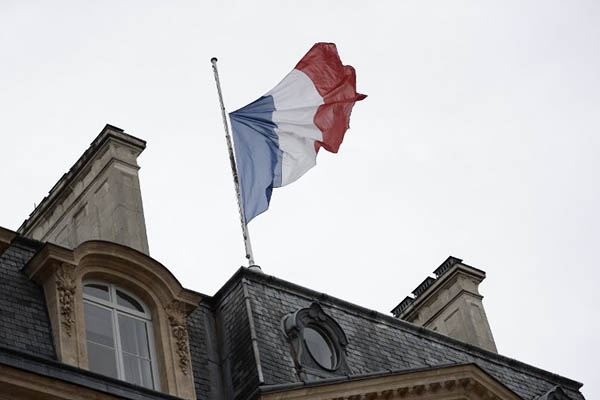 France has promised a ‘merciless’ response to I.S. attacks in Paris, but is it prepared for what that entails?

Speaking to the media at the Bataclan Hall, French President Francois Hollande promised a “merciless” response to the coordinated Islamic State attacks in Paris “because these terrorists that are capable of such atrocities need to know that they will be confronted by a France that is determined, unified and together.”

Predictable, given the nature of the attacks, which came just 10 months after gunmen attacked the offices of the infamous satirical magazine Charlie Hebdo. Security in Paris, since then, was on high alert. Yet, seven attackers in three groups managed to unleash violence at Parisians out to enjoy the weekend evening.

Beyond the groundswell of emotions and Hollande’s political compulsions lie some realities. France has not just declared war on I.S. France is already at war with I.S., participating in the U.S.-led aerial campaign now in its second year. The Paris attacks, as the I.S. statement mentions, were a response to France’s war against the group.

Checking certain facts is important not just to get the timeline straight but to get the causation right. With a new urgency to deal with I.S., it is imperative to avoid mistakes of the past, including willfully wrong and cooked-up intelligence estimates.

Before the U.S., then guided by the infinite wisdom of President Bush and his neocon cabinet, decided to attack Iraq, that country did not have any Al Qaeda presence. It had Saddam Hussein, not exactly the most benign ruler, but his regime was secularly oppressive and corrupt. While Hussein cherished expansionist goals in his ‘near-abroad’, he posed no direct threat to the West.

Also, just to get the facts right, while he did cherish the idea at one time of acquiring weapons of mass destruction, U.N. inspections and the sanctions regime had successfully deprived him of that option. Yet, fake dossiers were created and a casus belli created for an attack on Iraq.

It was all part of the fancy concept of sociopolitical reengineering in the Middle East. I remember how Israeli officials were invited to D.C. by the Saban Center and argued, vociferously, about the imperative to take out the Hussein regime. Tel Aviv’s security requirement of taking care of the states in the outer circle dovetailed nicely with the Bush administration’s neocon agenda.

All but the naive and agenda-driven supporters could see that the U.S. won’t just meet an accident but was going out to seek one. The media, including the big newspapers, got played. Narrative was deployed, the all-encompassing buzzword being ‘national security’.

What happened next is known. Where there was no Al Qaeda, we saw Abu Musab al Zarqawi walk in. Sunni insurgency, dispersed military personnel, Shia militias, poor governance, Iran’s role, blunders by the U.S.-led coalition et cetera turned Iraq into what it has become today.

The rest of the Middle East has since been rocked by other factors. The Arab Spring and its fallout has seen Egypt, Libya, Syria, Tunisia either totally imploding or teetering on the brink. Into that mess have entered external state actors. The democratic dividend of Tahrir Square protests in Egypt has long expended with the country, again, ruled by the military. And while Syria is to be rid of Bashar al-Assad, Abdel Fattah el-Sisi in Egypt is fine. A flowchart of who is supporting whom and for what reasons becomes a jumble.

Now Hollande has promised a response in that landscape. What does it mean?

The aerial campaign hasn’t really worked. I wrote in this magazine last year that it won’t, beyond doing some damage. Boots on the ground are required. But that itself means understanding the space-to-deployment ratio which, for instance, the U.S. didn’t have in Iraq or in Afghanistan. Can NATO come up with the numbers?

Turkey, which could provide troops, is already facing a situation with the I.S. threat spilling into Turkish mainland, even as Ankara remains obsessed with the Kurdistan Workers’ Party (PKK). Will the troops come from the U.S. and France? Incidentally, I.S. is not just in Syria but controls large swathes of territory in Iraq too. Will the U.S. lead NATO back into that country?

Saudi Arabia, one of the staunchest U.S. allies in the region, wants Assad to go. Riyadh also believes Iran is encircling it. Where would Saudi Arabia fit into this scheme of things? How would Washington deal with Tel Aviv? Who gets to stay and who has to go?

The Kremlin is very clear about its objectives in Syria. Any joint effort to take out I.S. must involve Russia. But Russia considers Assad to be Syria’s legitimate ruler and will not accept any transitional set-up until Assad regains control of his territories. Will the U.S. and its allies give into that in order to finish off I.S.?

There has been talk within the U.S. to fund Al Qaeda in Syria to take on I.S. Former general and CIA director, David Petraeus, is already on record recommending that. But while Al Qaeda is fighting I.S. in Syria and Iraq, it is also conducting operations in Yemen, the Maghreb and in the Horn of Africa.

This is just a bird’s-eye view of the cluster-duck the Middle East has become. There are not just non-state actors fighting states and other non-state actors. External state actors, all of them, have their own agendas and interests. That is further confounding the confusion and, by the looks of it, will continue to do so.

Hollande might have promised a merciless response but France, as well as the rest of the world, would need to understand that a merciless response might just fall short on the painstaking steps that would be required over many years to bring the region back to some modicum of normalcy.

And non-state actors like I.S. will not be helpful. Every action will beget a reaction that will subsequently throw further reactions by states out of balance. That is precisely what groups like I.S. want—a world drifting toward chaos, deprived of any vestige of balanced and reasoned thinking, sustained only by a desire to avenge, and breaking down along religious, sectarian and ethnic lines.