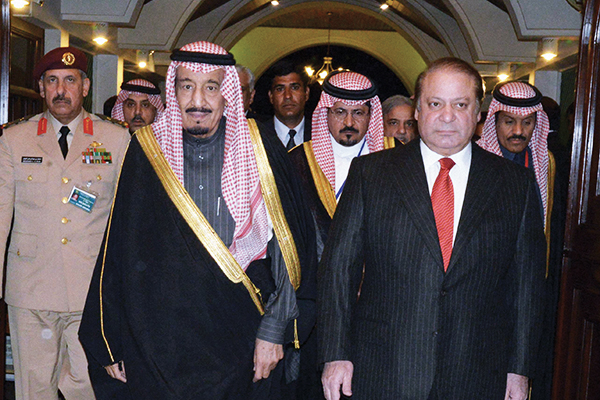 Pakistan is reverting to its cold-shoulder policy toward Iran. This was expected. The ruling party is close to the Saudi royal family, whose hospitality cushioned its chief’s exile during the Musharraf years. Following talks between the visiting Saudi Crown Prince Salman bin Abdulaziz al Saud and Prime Minister Nawaz Sharif on Feb. 17, Islamabad was shaken out of its studied neutrality and came out in support of the Saudi position on Syria demanding “the formation of a transitional governing body with full executive powers enabling it to take charge of the affairs of the country.” This signals a clear break from Saudi-foe Iran, which supports the Bashar al-Assad regime and whom the government of Asif Ali Zardari had successfully wooed. Reifying this slide in Pakistan-Iran relations, Iran’s interior minister warned Pakistan, also on Feb. 17, that he could send forces across the border if Islamabad does nothing to free five Iranian border guards being held hostage by militants in Balochistan. Pakistan’s shift on Syria is yet another nail in the overnailed coffin of the Iran-Pakistan gas pipeline.