Home Business Up, Up, and Away 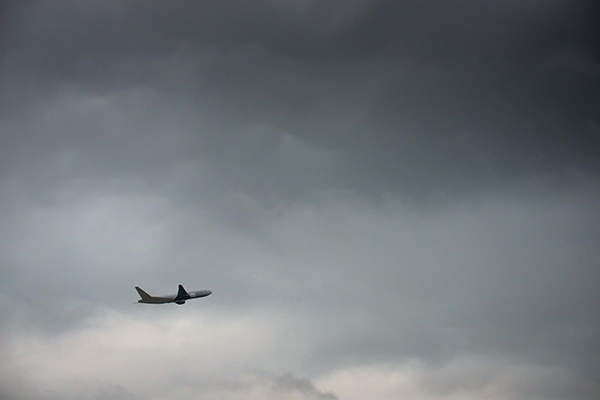 It offered the only real moment in an otherwise rehearsed exchange. In a television interview last year in January, it was put to Asif Ali Zardari whether his sister Faryal Talpur is involved in Air Indus, a privately-owned budget airline. “My sister is a politician,” the president shot back. “We do not run airlines.” At the time it was widely believed that Zardari’s government was purposely ruining state-owned Pakistan International Airlines to clear the runways for Air Indus. Bristling at the rumors, Zardari said he would order the defense ministry to cancel the upcoming airline’s license.

Zardari’s threatened order never came. The Sindh High Court had barred any action against Air Indus, which called the president’s televised threats “arbitrary” and “a violation of aviation rules.” Air Indus says it took no favors and maintains that it is the “first private carrier in Pakistan to be given a license under the strictest of policy conditions and in a transparent manner.” Now, four years after its incorporation and over a year past its original launch date, Air Indus has finally taken off.

Funded by the principals of Karakoram Motors, a Pakistani company which assembles Chinese vehicles, the Karachi-based, all-economy airline embarked on its first commercial flight on July 28. Its three leased Boeing 737-300s (“The youngest of its kind in Pakistan,” it says), each with a passenger capacity of 148, cover eight cities: Bahawalpur, Faisalabad, Islamabad, Karachi, Lahore, Multan, Peshawar, and Quetta.

Air Indus’s struggle to enter the aviation sector, a graveyard of failed and failing ventures, shows an enterprising audacity. Its arrival should be welcomed by both travelers and the government of Prime Minister Nawaz Sharif since the airline provides cheap travel to Pakistanis facing an increasingly unpredictable PIA, which, despite delays and rapidly slipping standards, controls at least 70 percent of the domestic market. (Heavily-unionized PIA is slated for a challenging privatization later this year.) Air Indus will now face competition from nine-year-old Airblue, Pakistan’s smartly-run and largest budget airline. Despite the crash of one of its planes near Islamabad three years ago, Airblue is profitable, with an annual estimated turnover of $250 million. (The Bhoja Air crash last year, also near Islamabad, collapsed that carrier.)

Pakistan has always been receptive to allowing rumors hold power over it. Because of the talk tying it to the Zardari family—talk which the airline categorically denies—Air Indus almost didn’t happen. This, notes a former Air Force pilot now working with an air charter company, is unfortunate. “As long as Air Indus doesn’t cut corners and provides flights that are affordable and safe, it should be welcomed,” he says. That’s valid sentiment. If an airline is cleanly run, cheap, and safe, does it matter who owns it?

It does matter who owns it. If a Bengali franchise of Levi’s makes good jeans but it exploits the labor; then it is a matter of concern.

Please give us the names of real owners of this new airline!

Can there be a more budget airline than PIA? i doubt it

Is Air Indus now also traveling internationally? What are the routes? Do they have a website?

In a television interview last year in January, it was put to Asif Ali Zardari whether his sister Faryal Talpur is involved in Air Indus, a privately-owned budget airline. “My sister is a politician,” the president shot back. “We do not run airlines.”

how can you write SUCH A PRO ZARDARI PIECE!!!??

If this Airline is not belong to Zardari, we are welcoming it, welcome Air Indus because PIA’s service is very bad and PIA delays flights all the time domestic and international.

If Zardari has the money and invest in Pakistan and creat employment for lots of Pakistanis and put his share in the economy of Pakistan then what is the harm?we allways do the opppsitation for the sake of it.

Dear Friends, I think it should not be the matter of concern that to whom does the ownership of the newly launched airline belong. Question is of its quality ,standard and its rates. If it is cheaper than others and delivers quality services then we must appreciate its owner as well. Because, they have invested their huge money; provided job opportunities and contributed their share in the economy of the country!

How will we ever prove Zardari owns it?