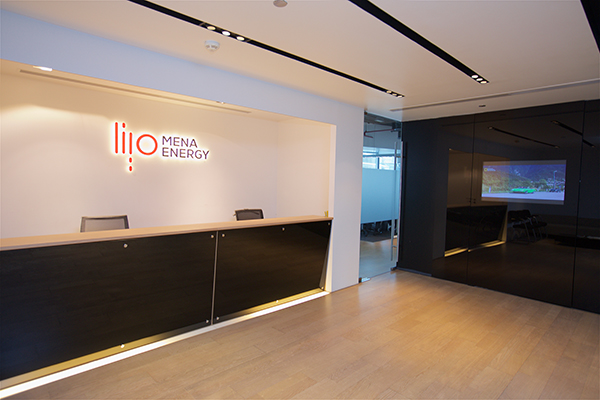 MENA Energy is one of several companies banking on a resurgent Pakistan.

Rashid Al Ghurair is the CEO of MENA Energy, a fuel-trading company based in the U.A.E. with experience and interest in Pakistan. We spoke with him recently about the global energy sector, pricing forecasts, and the opportunities, and challenges, of working in Pakistan. Excerpts:

What’s MENA Energy’s growth been like since its founding eight years ago?
MENA Energy was established in 2009 with a focus on addressing the energy and oil needs of clients in the most efficient and reliable manner. We have so far delivered more than 12 million tons of crude and refined products in varied geographies. MENA Energy’s business is built on solid partnerships with suppliers and clients and on our market expertise. We have offices in Dubai, Bahrain, and Spain.

What has your Pakistan experience been like?
MENA Energy’s initial oil trades were with companies in Pakistan, including PSO [Pakistan State Oil Company Limited]. In general, we have found the business environment, when it comes to the oil industry, to be professional and constantly developing. I think there is a significant growth potential in the economy considering its strategic location combined with a well-educated and young workforce. Overall the business environment for MENA is positive.

How do you see the economic picture of Pakistan?
The Pakistan economy is currently experiencing a 5 percent year-on-year growth, with a GDP of approximately $300 billion. The government is targeting a 6-percent-plus growth rate next year and I don’t see any reason why that cannot be achieved. I would expect that energy consumption would increase as well to fuel this level of growth. Pakistan would benefit directly from the continued low energy price environment in energy markets due to the supply glut. We can see that companies like PSO have been efficiently strategizing their oil purchases so that the country benefits from cheap energy prices. Large-scale infrastructure and energy projects emerging from the China-Pakistan Economic Corridor initiative would also unlock the intrinsic potential of the country in the medium-term. Pakistan’s economy has been resilient despite challenges from various fronts faced in the past years. Leading rating agencies and financial institutions are looking at Pakistan as an emerging market for the coming years as it starts contributing toward global growth.

What sort of growth opportunities do you sense for MENA here?
We have had our eye on the Pakistan market for a few years now, and are currently looking at three key areas to invest in. Considering a growth in demand for oil products in Pakistan we are looking at investing in storages. The other area we are looking at is a niche investment in bitumen processing units that would support various initiatives to improve infrastructure within the country. We are also conducting feasibility studies on investment in the downstream sector, which we believe will experience strong growth in the coming years. Concurrently, we are also evaluating strong and reliable partners in Pakistan with a strategic outlook. We are mindful of the fact that if you have the wrong partner it will result in serious long-term issues.

That sounds like experience. Have you had issues in Pakistan?
Yes, unfortunately we do have a dispute with a company called Hascol Petroleum Limited. This happened when global oil prices were in a sharp downturn during the last quarter of 2014. Just before or during the initial stages of the well-known price collapse, Hascol executed sale and purchase contracts for one shipment of diesel and two shipments of fuel oil with MENA Energy. Fuel oil is used for power generation in Pakistan. Hascol took delivery of one shipment of fuel oil and defaulted on the performance of the remainder of the cargoes.

There was reportedly a quality issue with the first oil shipment.
Yes, there was dispute over the quality when the initial fuel oil shipment arrived but this was resolved and a settlement mechanism was agreed. Hascol claimed that as per the settlement agreement they were entitled to a revised lower price whereas our position was that no such price revision was agreed. The High Court in England and Wales held that MENA Energy was correct and dismissed all counterclaims by Hascol. The main reason of the dispute over the diesel transaction was that Hascol claimed that no sale and purchase contract existed with MENA Energy when in fact we had one. Regarding the second fuel oil shipment, Hascol did not establish payment security as they were contractually obligated to do so. The High Court observed that Hascol was in default and MENA Energy was entitled to damages. We then had to take alternative measures to sell these cargoes at a time when prices were collapsing.

Was going to court necessary?
We always adopt a partnership-based approach with our clients. We transact with our counterparties in an honest and ethical manner and we expect the same treatment from them. We did try to resolve this matter bilaterally. However, after a number of attempts, no agreement could be reached. So we were left with no option but to take this to court.

What’s the update on the court proceedings?
The judge observed that the defense witnesses lacked credibility and dismissed counterclaims filed by the defendants. The next steps are for the High Court of England and Wales to decide on the amount of damages that MENA is entitled to. Our claim amount, together with interest and costs, is about $15 million.

How unique is this experience and has it affected your outlook on Pakistan?
We have worked with many clients in various parts of the world and this sort of dispute has not occurred on any of our other oil trades. We have also not heard of any similar situations in Pakistan. Of course, we remain upbeat about Pakistan. It is important to pick credible partners while doing business in Pakistan.