Uproar Over ‘Black’ Civil Rights Advocate Alleged to be White 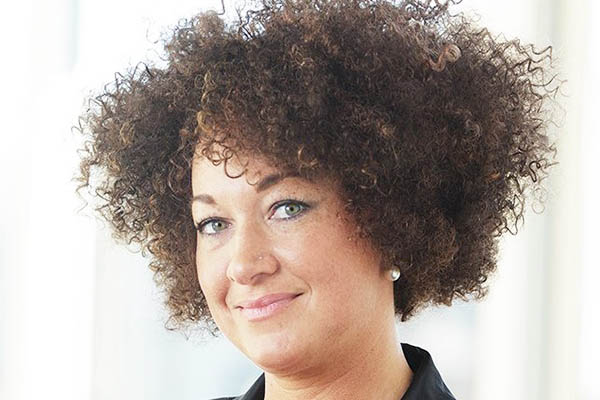 Rachel Dolezal’s estranged parents claim she is lying about being African-American.

A U.S. civil rights activist who has portrayed herself as at least part black is facing tough questions after her estranged parents said she is white and accused her of lying about her identity.

With coils of dark hair and tawny skin, Rachel Dolezal, 37, built a career as an activist in the black community of Spokane, Washington. She rose to become the president of the city’s branch of the National Association for the Advancement of Colored People (NAACP) and also served as an independent mediator for the city’s police force. Neither position required that she be black, but the Coeur d’Alene Press said Dolezal identified herself in application forms as part black, part white and part Indian.

Her parents, who are both white, said their daughter is as well, providing local media with a birth certificate and childhood photographs of a blonde, fair-skinned Dolezal.

Interviewed Friday on CNN, Lawrence and Ruthanne Dolezal said they were saddened and hurt by their daughter’s behavior. She “has not explained to us why she is doing what she’s doing and being dishonest and deceptive with her identity,” Ruthanne said.

The city of Spokane has said it takes the concerns raised about Dolezal “very seriously” and is gathering facts to determine if any city policies have been violated. “That information will be reviewed by the city council, which has oversight of city boards and commissions,” it said.

The NAACP nevertheless threw its weight behind Dolezal, saying it would respect her privacy as she sorts through “a legal issue with her family.”

Dolezal did not immediately respond to a request from AFP for comment.

Dolezal has so far dodged questions seeking clarification about her race and ethnicity. The Spokane Spokesman Review reported she told them: “I feel like I owe my executive committee a conversation.”

“That question is not as easy as it seems,” she said after being contacted at Eastern Washington University, where she is a part-time professor in the Africana Studies Program. “There’s a lot of complexities and I don’t know that everyone would understand that.” And she broke off an interview with a local TV reporter when he asked her point blank: “Are you African American?”

Her parents, who adopted four black children, said their daughter had always been interested in issues of ethnicity and diversity. But around 2007, they learned from a newspaper article that she was claiming to be African-American. She had cut off contact with her parents.

“She doesn’t want to be seen with us because that ruins her image,” Ruthanne said. Dolezal’s biography indicates she studied at Howard University, the historically black university in Washington. Her profile on the Eastern Washington University website lists her interests as including “African dance, culinary arts, ethnic hair styling, modeling, managing a political campaign, and mothering two sons.”