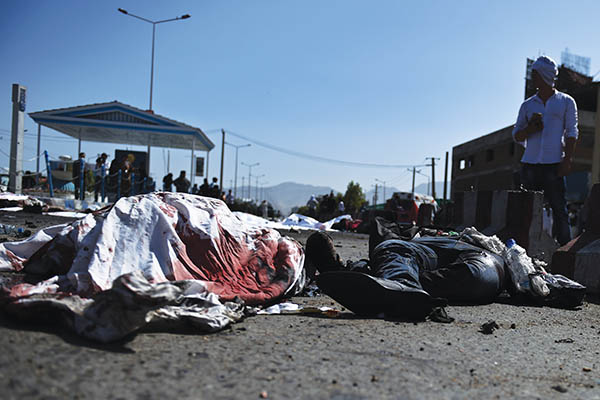 It started as a peaceful protest by Afghanistan’s Shia Hazara community and ended in carnage, bloodshed and tears. Claimed by the Islamic State militant group, which has been battling the Afghan Taliban for supremacy for over a year, the twin suicide bombings left 80 dead and 231 others injured. The attack, considered the deadliest to hit Kabul since 2001, when U.S. forces invaded the country, has renewed concerns the government is unable to control the country’s precarious security situation. Afghan leaders have also said that similar attacks could be used to ignite a sectarian conflict in the region, causing even more bloodshed. A few days after the bombing, Islamabad and Kabul pledged to work together to block the rise of I.S. While welcome, the move is unlikely to inspire much confidence as both countries have a history of ‘uniting’ against militant threats before inevitably turning on each other. Kabul and Islamabad must acknowledge that they are fighting an irregular war—one without boundaries or even a defined hierarchy. Military might alone will not be enough to eradicate it.