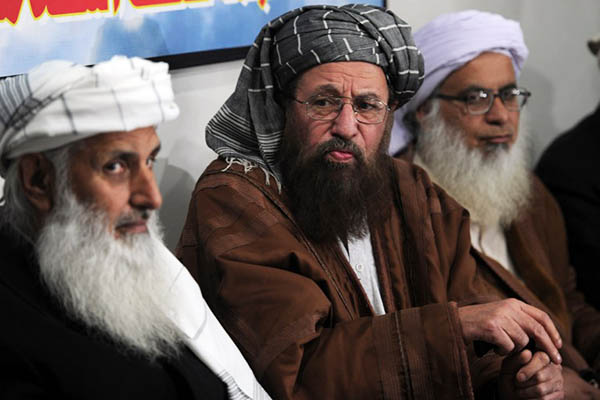 Negotiator for extremist group says talks will start in two to three days at a neutral ‘peace zone.’

Pakistan’s negotiators have agreed on a location to hold direct peace talks with the Taliban, the head of the militant group’s negotiation committee said on Saturday.

“The process of talking directly to the Taliban will start in two to three days, both sides have agreed on the venue,” Sami-ul-Haq, a negotiator for the Tehreek-e-Taliban Pakistan (TTP), told reporters, following a meeting also attended by interior minister Chaudhry Nisar Ali Khan. “Both sides are showing flexibility and a willingness for success of the talks,” Haq added, saying the chosen place would be declared a “peace zone” but without specifying its location.

In an effort to take the talks to a higher level, the government last week formed a new four-member committee to begin direct contact with the Taliban. Negotiations have so far been conducted through teams of go-betweens, which some observers say has hampered their effectiveness.

Saturday’s agreement came despite Taliban accusations earlier in the day that security forces had fired mortal shells and conducted raids on hideouts in tribal regions of the country. In a statement issued to the media, TTP spokesman Shahidullah Shahid alleged that security forces were torturing Taliban prisoners. “These incidents are meant to force us toward war,” Shahid said.

The government opened negotiations with the TTP last month in a bid to end their bloody seven-year insurgency. The process broke down for more than two weeks after militants killed 23 kidnapped soldiers, but later resumed after the Taliban announced a month-long ceasefire. However, attacks claimed by splinter factions have continued during talks and despite the Taliban ceasefire.