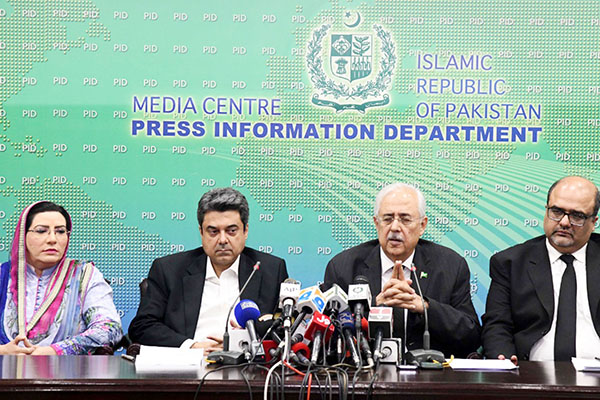 The Supreme Court’s decision to allow a conditional extension to Pakistan Army chief Gen. Qamar Javed Bajwa’s tenure in office is a victory of democracy and provides the opportunity to fix deficiencies in existing laws, Special Assistant to Prime Minister on Information and Broadcasting Firdous Ashiq Awan said on Thursday.

Addressing a press conference alongside Attorney General of Pakistan Anwar Mansoor Khan, former law minister Farogh Naseem, and Special Assistant to the Prime Minister on Accountability Mirza Shahzad Akbar, she said the verdict would help strengthen Pakistan’s institutions. Seeming to contradict Prime Minister Imran Khan, who earlier alleged some ‘mafias’ were responsible for the situation and not his own government’s incompetence, she said the petition challenging the COAS’s tenure must not be linked to any specific person, adding it had merely highlighted procedural gaps that the government would soon fix.

During the press conference, the AGP said the decision merely asked the government to clearly specify the terms and conditions of service of the Army chief through an act of Parliament. He said the government had no issue with this, as P.M. Khan believes in rule of law and the Constitution, adding it would be an honor for the government to enact legislation to settle the matter once and for all.

Naseem, meanwhile, said the procedure adopted for the extension of Gen. Bajwa’s tenure was in line with previous practice. He said the government welcomes the court’s guidance over the matter, adding judges’ remarks should not be misquoted and media should refrain from spreading fake news. However, he also appeared to hit out at the opposition during the press conference, concluding it by claiming that if the opposition resisted the legislation, it could be in ‘contempt’ of the court’s directions.