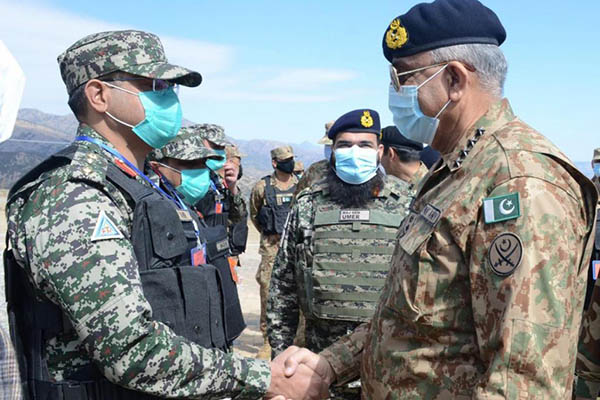 The entire country must stay determined and united to continue its journey toward enduring peace and development, he said during an interaction with tribal elders of Mir Ali as part of a visit to the districts of South and North Waziristan. Appreciating the elders for their unflinching support and sacrifices in the fight against terrorism, Gen. Bajwa claimed that peace had largely returned to these areas. According to the Inter-Services Public Relations (ISPR), he vowed that the hard-won normalcy would not only be retained, but also expanded through the collective efforts of the local population, civil administration and law enforcement agencies.

During his visit the Army chief also spent time with forward troops in Asman Manza, South Waziristan, and Mir Ali, North Waziristan. He was briefed on the progress of the border management regime, stabilization operations, and socio-economic development projects, including opening of border terminals.

Gen. Bajwa commended the officers and soldiers for their commitment and professionalism in ensuring a secure and conducive environment for the implementation of the writ of the civil administration in the erstwhile tribal districts. “Pakistan is committed to peace and stability in the region and is playing its part by solidifying border security and capacity enhancement of Frontier Corps/law enforcement agencies,” he was quoted as saying by the military’s media wing.

Earlier, upon his arrival to the region, the Army chief was received by Corps Commander Lt. Gen. Nauman Mahmood.