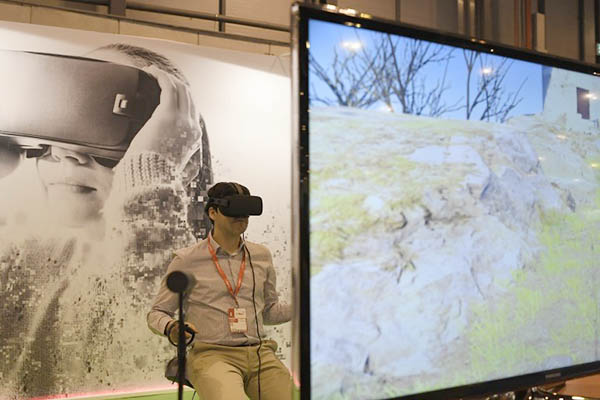 A hotel room automatically adjusting to the tastes of each guest, virtual reality headsets as brochures: the tourism sector is starting to embrace new technologies, hoping to benefit from lucrative personal data.

In a prototype of the hotel of the future on display at Madrid’s Fitur tourism fair, receptionists have disappeared and customers are checked-in via a mirror equipped with facial recognition. Once the client is identified, the room adapts itself automatically to all demands made at reservation: temperature, lighting, Picasso or Van Gogh in the digital frames hanging on the walls.

“Technology will allow us to know what the client needs before he even knows he wants it,” says Alvaro Carrillo de Albornoz, head of Spain’s Hotel Technology Institute, which promotes innovation in the sector.

Some hotels already offer such experiences at a more basic level. But the room prototype put on show by French technology consultancy Altran, aimed at luxury hotels, has incorporated cutting-edge speech recognition technology, allowing for instance a guest to order a pizza in 40 languages.

“Even the lock is intelligent—it opens and closes via the WhatsApp application on the client’s phone,” says Carlos Mendez, head of innovation at Altran.

The mattress is equipped with sensors and records the movements of those sleeping, which could prompt hotel staff to offer them a coffee when they wake up. Generally speaking, hotels are hoping to use artificial intelligence (AI) to get better knowledge of their clients via personal data provided on reservation or “beacon” technology used once the client is in the hotel or resort.

Restricted in some countries, the latter involves placing a beacon in the hotel that will detect customers’ smartphones, meaning they will know how much time they spend in their rooms, for instance, or at what time they go to the pool.

Fed with this data, AI algorithms will get to work, determining what the clients’ habits are to lure them back again by offering a tailor-made experience, or sell them additional products. If the algorithm “knows that when you come to the hotel with your wife, you don’t eat at the restaurant but order room service, it will propose a special room menu with a bottle of champagne,” says Carrillo. “But if you come with your entire family, it will propose a reduction on kids’ menus.”

For Rodrigo Martinez, head of consultancy Hotel Servicers, these technological tools could also help improve hotels’ productivity. “All purchases can be made automatic,” he says. “For instance, if a huge amount of Brits are coming, the system will know that it has to order more bacon.”

Manufacturers of virtual reality (VR) headsets are also jumping onto the bandwagon. At various Fitur stands, visitors are able to immerse themselves in the streets of Marrakech or amble along a portion of the Santiago de Compostela pilgrims’ trail.

“We’re in a completely pioneering phase,” says Marcial Correal, head of the Spanish association for virtual travel agencies, who is promoting this tool to tourism professionals as the brochure of the future, without too much success so far. “Professionals say ‘how amazing’ but they don’t buy it. It’s not in their marketing budget priorities.”

Hotel chain Palladium, however, has decided to give it a go. Its salespeople no longer have paper brochures on them to present their hotels to travel agents, they carry virtual reality headsets. Using these, the agents can virtually visit rooms, pools or restaurants at every one of their hotels.

Ivan Corzo, head of marketing for Europe at the group, says this gives travel agents a better idea of what the hotels are really like. They “tell us it helps them sell,” he says. “It’s much more difficult to cheat with VR headsets,” adds Urbina.

Morocco’s tourism office is also using VR. “Tourism is linked to experiences, sensitivity,” says Siham Fettouhi, head of e-marketing at the office. “Virtual reality can’t replace the taste of local cuisine or the smell of the ocean. But it makes you want to explore more.”