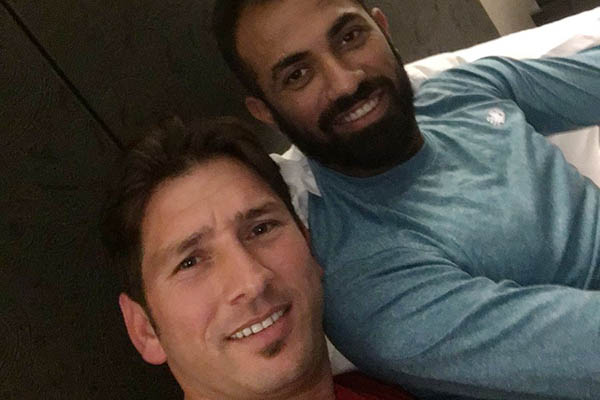 Pakistan bowlers Wahab Riaz and Yasir Shah clashed in a heated exchange during training ahead of the first Test against Australia, but team officials on Thursday dismissed any internal problems.

Tempers flared over a tackle during a warm-up football game at the Gabba in Brisbane on Wednesday, with Shah, who has been nursing a back injury, pushing Riaz in the chest. Both players had to be separated by coach Mickey Arthur before being sent off the field and kept away from team training, a witness told AFP.

“Both [players] had an exchange of words but it wasn’t serious,” team spokesman Amjad Hussain Bhatti told ESPNcricinfo. “Both were immediately separated… but now they are both fine and have apologized to each other too.”

Leg-spinner Shah and fast bowler Riaz later appeared in a video posted on YouTube playing down the incident. “Yasir and I are great friends,” Riaz said. “Nothing of the sort happened. We are not against each other. There is no disunity between us. We will play together [on Thursday], and you have to pray for us.”

A Pakistan Cricket Board spokesman said action against the duo was being considered but was unlikely to go further.

Pakistan later on Thursday began the first of three Tests against Australia, where they have yet to win a series in 11 tours.