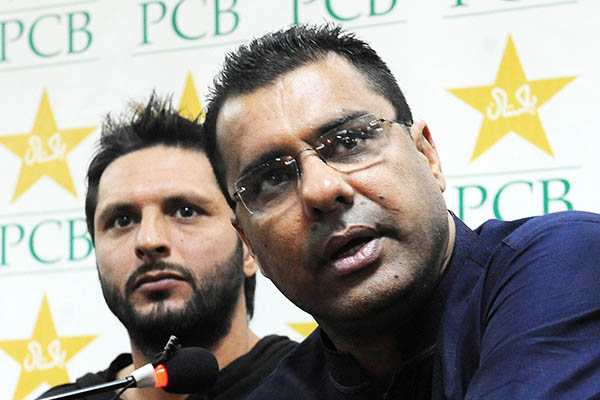 The 42-year-old ex-bowler had previously served as head coach between February 2010 and September 2011.

The 42-year-old had been tipped as favorite to take over the role vacated by Australian coach Dav Whatmore, whose contract expired in March.

Former wicketkeeper Moin Khan, who filled in as interim coach, guided Pakistan to the Asia Cup final but a poor performance in the World Twenty20 in Bangladesh meant his contract was not extended.

Waqar, currently in India, said: “I am extremely pleased to have been selected as the head coach. My immediate aim would be to prepare the team for the upcoming busy cricket season including next year’s World Cup in Australia and New Zealand.”

Waqar returns to the job he held from February 2010 to September 2011, during which time he led Pakistan to the 2011 World Cup semifinal.

The Pakistan Cricket Board (PCB) said a three-member committee including Khan had “unanimously recommended” Waqar for the job, a decision endorsed by board chairman Najam Sethi.

The PCB has also advertised for fielding and batting coaches and a spin-bowling consultant as they seek to build towards the World Cup.

Waqar, who played 87 Tests and 262 one-day internationals, was one of the world’s leading fast bowlers in the 1990s, forming a fearsome bowling partnership with left-arm quick Wasim Akram. He left the post of coach in 2011 over health issues, but later complained that being paid less was one of his reasons for quitting the job.

Waqar’s first assignment will be Pakistan’s tour to Sri Lanka in July-August for two Tests and three one-day internationals. They then play Australia and New Zealand in United Arab Emirates.