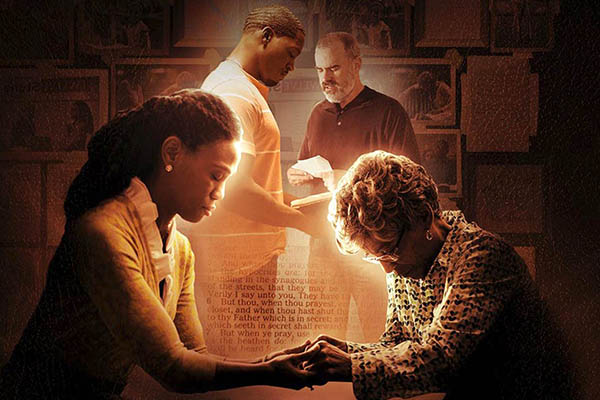 Faith-based drama War Room has had its prayers answered, rising to the top of the North American box office chart in its second week in movie theaters, industry trackers said Sunday.

About a seemingly perfect couple in a crumbling marriage who find help through prayer, the Christian release made more than $9.3 million on a slow Labor Day weekend. That was enough to bounce Straight Outta Compton, a biopic about a pioneering rap group, from the top spot, which it had held for three straight weeks. It’s estimated $8.8 million haul kept it in second place, for a cumulative $147.8 million over four weeks.

A Walk in the Woods, with Robert Redford and Nick Nolte, came in third its first weekend in North American theaters with a $4.2 million box office take. Based on a book by travel writer Bill Bryson, the film dramatizes his homecoming hike along the Appalachian trail with an old friend, after a long absence from America.

Fourth went to Mission Impossible: Rogue Nation, the heart-pounding Tom Cruise vehicle, which pulled in $7.1 million its sixth week in theaters for a cumulative gross of $180.5 million. Just behind it in fifth place was action thriller Transporter: Refueled by French director Camille Delamarrenu, which made $7.1 million during its debut weekend.

Sixth was No Escape, the expat adventure film starring Owen Wilson as a father trying to save his family in the middle of a foreign country’s political uprising. It raked in $5.4 million. The Man from U.N.C.L.E., based on the 1960s TV spy series, slipped a notch to seventh place with $3.4 million in weekend ticket sales.

Horror flick Sinister 2—about a child’s nightly visitations from ghoulish kids—also dropped a spot to eighth, making slightly less than $3.4 million. Inside Out, Pixar’s 3D animated comedy-drama set in the mind of a young girl, was ninth at $3.1 million. It has made $326.8 million after 12 weeks in movie theaters.