Wars in the Muslim World 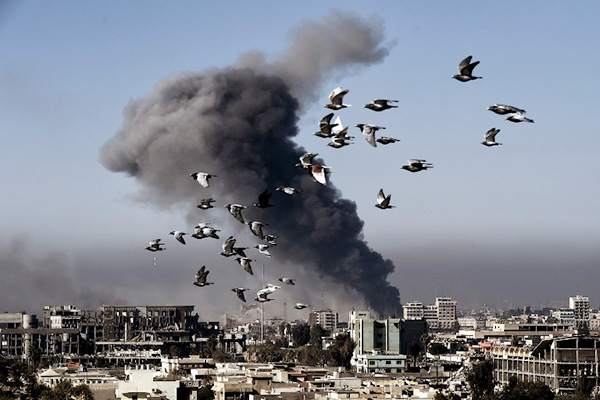 There are many perils facing the global Islamic community.

The second largest city in Iraq, Mosul, is in the process of being re-conquered from the Islamic State after three years in which Muslim warriors from all over the Islamic world have killed and raped fellow-Muslims in the name of a caliphate under Abu Bakr al-Baghdadi. There are reports of youths in Pakistan joining the caliphate and killing fellow-Pakistanis at home to achieve the dream of a utopia they think is ordained by Allah. Even Pakistani women, heretofore aligned with popular preaching organization Al Huda, have fled Pakistan to join the jihad in Syria-Iraq to serve as jihadi “wives.”

Seeing his “state” surrounded by an Iraqi army mixed with fighters from neighboring states, the “caliph” has asked “foreign fighters” to go away or “detonate” themselves to get at the “72 beautiful women” awaiting them in Paradise after death. Possessor of the world’s largest oil reserves, Iraq was bloodied by Saddam Hussein’s savage dictatorship for 30 years. He got his comeuppance when he invaded Kuwait and fell upon Iran to shore up his repute in the Arabs of the Gulf. In 2003, America too walked in and bombed the country to pieces. After it left, an “imposed” democracy went toxic and the once-victimized Shia majority sought revenge against the Sunni minority, prompting the creation of the Sunni Islamic State.

Elsewhere in the Islamic world things have not gone differently. Pakistan has a running quarrel with India and has failed to improve its relations westward to better confront the danger from the east. Regionally isolated, it imagines its isolationist approach to be a part of its heroic nationalism and looks at its western “India-friendly” neighbors with suspicion while its wobbly economy is unable to support its impoverished population. Absent the will to turn nationalism away from the promise of conflict, Pakistan will remain a troubled state.