Home Culture Warts and All 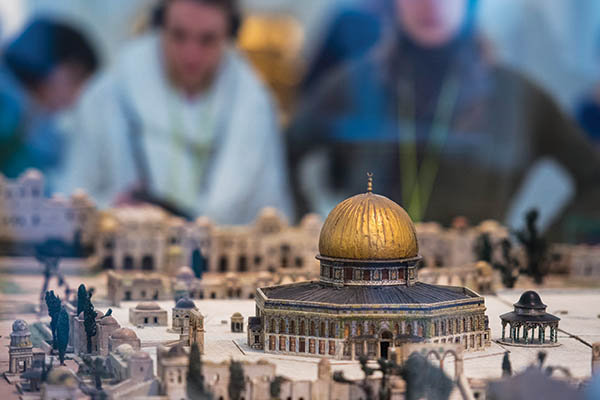 In a sweeping history of Muslims, Ali Mahmood sets the record straight

Muslims by Ali Mahmood (Saphire Books, 2017) is an extraordinary work retelling an old story with the addition of peripheral details that magnetize the reader. Muslims arose much like many other religious groups and created an empire that doesn’t read well today, but comes out better, if not quite neck-and-neck, compared with medieval empires of the West. Mahmood surveys Muslims in all periods and regions, making his book a grand canvas. Yet if the medieval mayhem in the West went through its purgatory and improved itself, the Muslim world has stayed buried in its medievalism and may have added some more negatives to the narrative. That’s what author Mahmood has taken five years to highlight; and a good job he has done of it.

From the 7th century onwards, Muslims dominated the globe for 10 centuries. It all began with Islam’s Prophet, the greatest of the prophets, whose wisdom was for all times even as his era was not ripe for the corrections he sought. The golden age of Islam under the Umayyads, Abbasids, Fatimids, Timurids, Ottomans, Safavids and Mughals was not so golden by today’s more humane standards but they are remembered with pride today for the education, justice and social consciousness they fostered as Europe struggled with its Dark Age. One is however tempted to say that, in a kind of reverse epiphany, Islam’s Dark Age may have begun in 2018. And there is much in the book that points in that direction.

Islam’s Prophet was more extraordinary by our standards than we are prepared to admit. He utilized an Aristotelian “middle way” that the Quran points to as Arabic wast, and embodies in the word it uses for justice: “adl,” or “middle.” He created his utopia in the city-state of Madina although today’s literalist Muslims ignore that city-state governance is incongruent with the current nation-state. When Islam’s Prophet conquered Mecca, the city of his tribe, his wisdom and flexibility—humanity chose the term “wisdom” because it found “flexibility” off-putting—won the day while offending his companions.

At the earlier battle of Badr, he had routed his Quraysh kinsmen, killing Abu Jahl and taking prisoner the son of Abu Sufyan, and uncle Abbas, the rich banker. Hind, Abu Sufyan’s wife, famously ate the liver of the Prophet’s uncle Hamza in the battlefield, but soon enough Abu Sufyan was to become the Prophet’s father-in-law and Hind was forgiven and her son Muawiya taken as his special assistant. The additional advantage that accrued cannot be ignored today. Maymuna, sister-in-law of Abu Sufyan and maternal aunt of Khalid bin Waleed caused the great warrior to become a Muslim and lead the Muslim army to conquest, earning the title “Sword of Allah.” No one could comprehend the strategy behind this violation of the tribal laws of revenge, and very few understand the “wisdom” of the Prophet even today. What was ignored was that he had achieved the embrace of Islam from proud co-tribals prepared to give him battle.

The spread of the faith carried the mark of that age. There was a lot of bloodshed, much of it internecine. The caliphs that followed the Prophet were all killed, barring Abu Bakr; with the fourth, Ali, actually battled by Muawiya who later tricked Ali’s sons out of the caliphate, only to make possible the murder of Ali’s son Husain at Karbala by Yazid, Muawiya’s son by a Christian concubine. The utopia was quickly over but an empire was founded by the only method then known: war and plunder and what may look like forcible conversion today. The conquests of Egypt and Persia were to create abiding centers of Islamic civilization by means no better and no worse than those that came before.

The population the Arabs tamed in the Khurasan region conquered Hindu India. Qutbuddin Aybak was the first of 34 kings who ruled over a period of three centuries and didn’t rule as ideal monarchs all the time. Author Mahmood looks hard for merit and enlists the good works; but the ill that the Sultans of five dynasties—the Slave Kings, the Khaljis, the Tughlaks, the Sayyids and the Lodis—did probably outweigh any good that they left behind. Yet in the evolution of India the period can’t be ignored. Today, an increasingly extremist-Hindu India can’t help looking back and hating what transpired under King Alauddin Khalji.

Alauddin was the nephew and son-in-law of Jalaluddin the old king, but was ambitious enough to kill the king and take over the throne. The king ignored advice and fell to the nephew’s sword in a typical scene: “Jalaluddin went out to meet his nephew who was returning victorious from war, bringing much booty from his conquests. As they embraced, Alauddin gave the signal to an executioner who plunged his sword into the sultan. With blood pouring from his wound Sultan cried out, ‘Ah, thou villain, Alauddin! What hast thou done?’ Another guard cut off the head of the sultan which was presented to Alauddin, impaled on a spear.”

What did Alauddin do next? Setting out for Delhi, he bribed the people with enough gold coins to make them forget the murder of the sultan. On reaching Delhi, he blinded the princes, arrested their mother and secured the throne. Alauddin’s policy for the Hindus was severe, as follows in his own words: “I know that Hindus will never become submissive and obedient till they are reduced to poverty. They shall not be allowed to accumulate wealth and property.” Historian Barni wrote, “As soon as the revenue collector demands the sum due from him, the Hindu pays with meekness, humility and respect and he, should the collector choose to spit in his mouth, opens the same without hesitation, so that the official may spit into it.”

And he wanted to take in concubinage Padmavati the Rajput princess who committed suicide called Jauhar to escape his clutches. Today Indian mobs don’t want to see a film made on her story because they can’t stand Alauddin; and Muslim Indonesia has banned the film because a Muslim king has been portrayed as a villain in it. The book carefully looks for any good traits to keep the account balanced but had to concede that Alauddin “said no prayers and did not even attend the Friday prayer in the mosque” and was “bad tempered, obstinate, hard-hearted and cruel, a control-freak who kept no advisers and took no advice.” Back in Pakistan, TV anchors vented their resentment on India for once again vilifying a good king who introduced India to “good institutions.”

The Mughals ruled India for over three centuries and are remembered with greater respect than the Sultans. Babur, the first king, wrote of India: “Hindustan is a place of little charm. The people are not handsome. They have no genius, no intellectual comprehension, no politeness, no kindness or fellow-feeling, no ingenuity or mechanical invention in planning or executing their handicrafts, no skill or knowledge in design or architecture. There are no good horses, meat, grapes, melons or other fruit. There is no ice, cold water, good food or bread in the markets. There are no baths and no madrassahs. There are no candles, torches or candlesticks. The chief excellence of Hindustan is that it is a big country with plenty of gold and silver.”

Fratricidal like elsewhere, they had their good points but the bad ones, mostly related to decadence, can’t be ignored. There was more art, more literature, and more Persian acculturation after Humayun, but Akbar the illiterate emerged as the best king because he sought pluralism by deliberately remaining illiterate and therefore open to Indian episteme. Today’s Muslim person in Pakistan seeks consolation by lionizing Sher Shah who wrested India from Humayun and reintroduced war as a way of life for four years before he died in battle where a beauteous dancing girl had lured him, according to this account. His efforts to create an infrastructure of roads will never be forgotten, especially inside the brief tenure of his rule.

There is also a chapter on Pakistan in the book mourning the negative graph of Muslim governance, which began right after 1947. Even the clear promise of a modern secular state was abjured to conform to the historic pattern. Ali Mahmood writes: “The last to go were the Quaid’s ideology and beliefs; under Bhutto’s leadership, order, discipline and the rule of law disappeared, and finally Jinnah’s Islam, moderate, tolerant and supportive of women’s rights, was replaced by General Zia’s Islam and the fundamentalist civil strife that followed leading to violent deaths of Bhutto, Zia, Benazir and many others. Had Jinnah survived he would have been heart-broken by the Pakistan of today, so far removed from his dream.”