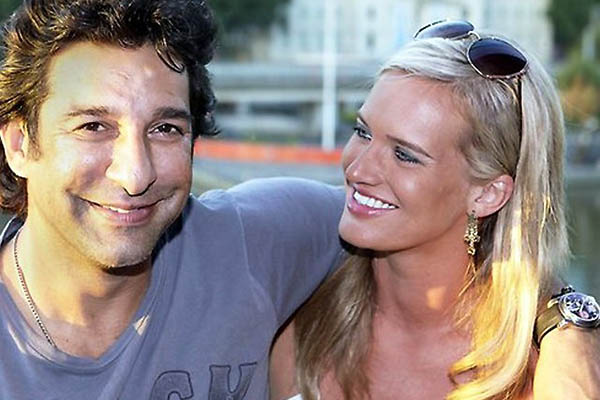 Former cricketer’s Australian fiancée has converted to Islam and will live in Pakistan.

Pakistan paceman Wasim Akram said Monday he will marry his Australian girlfriend, who has converted to Islam and will settle in his home country. Australian media reported that Akram  proposed on bended knee to Shaniera Thompson in her living room.

“Yes, I will marry next year and I’ve known Shaniera for the last one and a half years and she has converted to Islam,” Akram said by telephone from England. “I feel lucky that I have got a second chance in life.”

The 47-year-old’s first wife, Huma, died in 2009. Since her death, he has linked with several celebrities—both in Pakistan and abroad. Akram said Thompson, a former public relations consultant, will settle in Pakistan.

“She is close to my kids who are also excited and my in-laws [Huma’s parents] also endorsed the decision after meeting her,” said Akram, who has two sons from his previous marriage. “It will be a new life, a new beginning, and I hope that we will settle down well with the best wishes of family and fans.”

Akram played 104 Tests and 356 one-day internationals for Pakistan in a career lasting from 1984 to 2003. He was regarded as one of the best left-arm fast bowlers to have played the game and remains a major celebrity. Akram was player of the tournament in the country’s only triumph in the World Cup, in Australia in 1992. He captained Pakistan to a runners-up finish in the 1999 World Cup in England.

Picture of the couple at a restaurant on the night when Wasim Akram proposed. Shaniera looks beautiful in her red dress. http://adf.ly/Rj82B