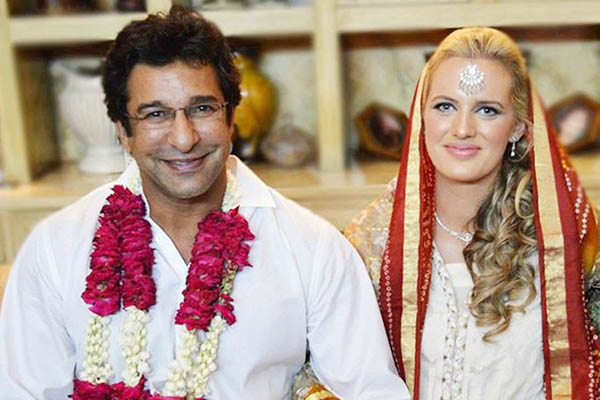 Famed Pakistan paceman Wasim Akram on Wednesday announced that he had married his Australian girlfriend, Shaniera Thompson, saying he has started a new life on a happy note.

“I married Shaniera in Lahore last week in a simple ceremony and this is the start of a new life for me, my wife and for my kids,” said Wasim. The 47-year-old’s first wife Huma died in 2009 after multiple organ failure.

Thompson came to Karachi earlier this month before going to Lahore to see Wasim’s ailing father, where the marriage was solemnized.

Wasim played 104 Tests and 356 one-day internationals for Pakistan in a career lasting from 1984 to 2003. He was regarded as one of the best left-arm fast bowlers to have played the game and remains a major celebrity in Pakistan.

Wasim was player of the tournament in the country’s only triumph in the World Cup, in Australia in 1992. He captained Pakistan to a runners-up finish in the 1999 World Cup in England.

Wish them both a happy married life!