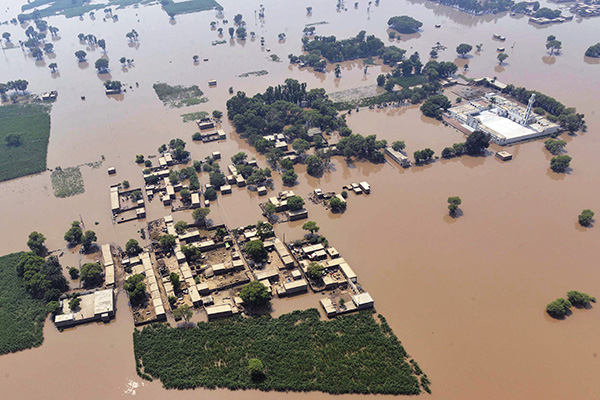 At least 250 people have been killed and a million affected, as of press time, according to the National Disaster Management Authority, from Pakistan’s worst floods in four years. Days of torrential monsoon rains first hit Khyber-Pakhtunkhwa province, then deluged Pakistan-administered Kashmir and the Punjab province, and the floodwaters are now threatening Sindh. Pakistan’s politicians have blamed each other, and India, for the latest disaster. The pols are capitalizing on the floods for their own photo-ops and, of course, to run down their rivals. And India-administered Kashmir, too, is hard hit; at least 200 people have died there. Rains are a wonderful thing. But they’re lethal in Pakistan because of poor construction standards for housing, lack of dams and drainage, and badly managed power lines. Unfortunately, despite floods being a regular deadly feature of Pakistani life, especially for the poor, policymaking focus on prevention is still not a priority. And there’s no indication the latest floods will change that.