Home Latest News ‘We Have to Follow the Taliban’s Desires’ 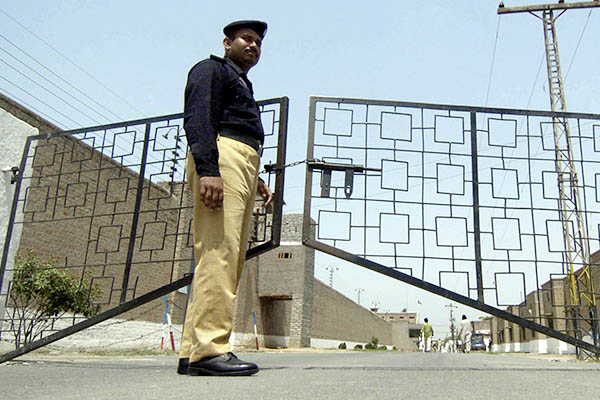 Prime Minister Nawaz Sharif’s adviser says Abdul Ghani Baradar will be released later this week, will not be handed over to Kabul.

Pakistan is set to release Abdul Ghani Baradar, a former military chief often described as the Taliban’s ex-second in command, sometime this week.

Sartaj Aziz, Prime Minister Nawaz Sharif’s adviser on national security and foreign affairs, said on Monday that Baradar “will be released this week, possibly in a day or two.”

The Afghan government has long demanded that Islamabad free Baradar, whose arrest in January 2010 saw Pakistan accused of sabotaging initiatives to bring peace in war-torn Afghanistan. His release would bring to 34 the number of Taliban detainees that Pakistan has released since last year, in what Afghan officials hope will encourage peace talks with the insurgents.

However Aziz, a senior diplomat, said Baradar would not be handed over to Kabul. “It is at his (Baradar’s) discretion, whether he chooses to live here or anywhere of his own choice,” Aziz said. “Handing him over to Kabul would affect the reconciliation process with the Taliban,” he added.

Aziz did not say if Baradar had expressed where he would want to go. “We have to follow the Taliban’s desires and we would carry out (his release) in accordance with what they want,” he said.

Aziz had announced last week that Pakistan would set Baradar free this month. He spoke a few weeks after Afghan President Hamid Karzai visited Pakistan for talks with Sharif.

Karzai asked Pakistan to help open direct dialogue between his government and the Taliban, who consider the Afghan president an “American puppet” and have refused to hold discussions with his government. There has been little evidence that the releases have had a positive effect on the stalled peace negotiations, however, and several prisoners are understood to have returned to the battlefield.

Baradar’s influence has also been debated after his years away from the fight.

Born in the southern Afghan province of Uruzgan, Baradar fought in the war—covertly backed by the United States and Pakistan—to expel Soviet troops from Afghanistan in the 1980s. When the Taliban rose to power in 1996, Baradar’s friendship with supreme leader Mullah Omar made him deputy defense minister.

After the Taliban government was toppled by the U.S.-led invasion in 2001, hundreds of Taliban hardliners are believed to have fled over the border to Pakistan. Baradar was arrested in Karachi, reportedly in a secret raid by CIA and Pakistani agents, an operation that was described as a huge blow to the group.

At the time, Baradar was reported to have been Taliban’s second-in-command.