‘We Took a Stand for the Children of the Nation’ 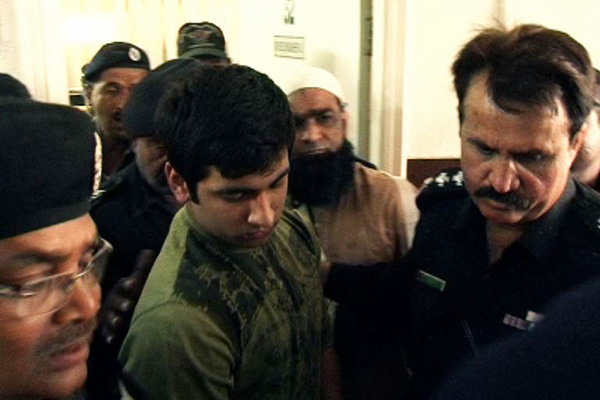 Shahrukh Jatoi, Siraj Talpur sentenced to death for the murder of Shahzeb Khan.

A judge in Karachi on Friday sentenced the son of a powerful businessman to death for murdering a young man in a case that prompted public outrage and a Supreme Court intervention.

Shahrukh Jatoi, whose father is a well-known businessman, was convicted along with accomplice Siraj Talpur of killing the son of a senior police officer in December. Jatoi’s family allegedly used their influence to stop police registering a murder case initially, until street protests and a social media campaign led to the chief justice taking notice and ordering an investigation.

Judge Mustafa Memon passed the death sentences and jailed two other accomplices for life on Friday. “The judge awarded Shahrukh Jatoi and Siraj Talpur with the death sentence and half a million rupees fine to each convict,” said Abdul Maroof, the public prosecutor.

The court heard that Jatoi and his accomplices chased and shot Shahzeb Khan to punish him for roughing up a servant who had teased Khan’s sister while she was returning home from a wedding in an upmarket area of the southern port city.

Jatoi, 20, came out of court on Friday handcuffed but smiling and giving the V for victory sign, as his defense lawyer said they would launch an appeal.

There were rumors that Jatoi’s father, Sikandar Jatoi, who owns a cement factory as well as a real estate business in United Arab Emirates, had offered blood money to Khan’s family to drop the case. But Khan’s father, Aurangzeb, told reporters he had never been pressured to accept money, while his wife, Ambreen, said it was important to the family to see justice done for Shahzeb.

“We took a stand for the children of the nation and for their safety as no son of rich men would dare repeat it,” a tearful Ambreen said outside the family home. “Nothing could compensate our loss and I want the person who fired bullet on my beloved son to be executed.”

All four accused denied the charges against them and the case will go to appeal. Though Pakistan still has the death penalty on the statute books, there has been a de facto moratorium on hangings in civilian cases in recent years.