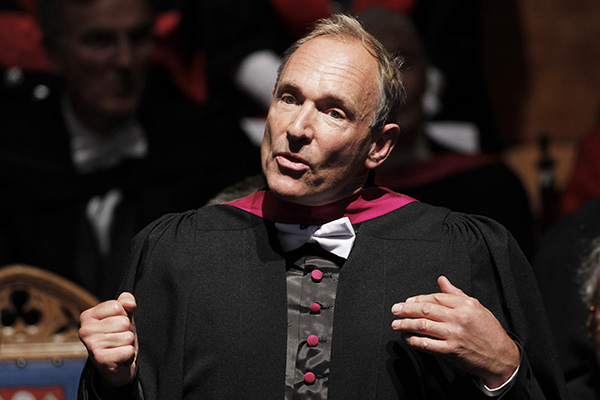 Pakistan placed at No. 77 in 81-country survey.

The Islamic Republic of Pakistan is ranked among the worst offenders for censoring politically-sensitive content on the Internet and having inadequate safeguards against government surveillance, according to the 2013 Web Index Report released on Friday.

The World Wide Web Foundation of Internet inventor Tim Berners-Lee says its index is “the world’s first multidimensional measure of the Web’s growth, utility, and impact on people and nations.” This year’s report covers 81 countries and places Pakistan at a lowly No. 77.

Pakistan has been categorized as an “underperformer,” an assessment made from comparing the country’s composite Web Index rank to its wealth level—Pakistan is at No. 62 on the income rank, but at No. 77 overall. It also ranks poorly for “universal access” (No. 68), “freedom and openness” (No. 76), “relevant content” (No. 69), and “empowerment” (No. 67).

“In the developing world, only a minority of mobile phone owners uses their phones to get online; the proportion ranges from a low of only 6 percent in Pakistan to a high of 37 percent in China,” says the report. “The most powerful information technology—the Internet—is still out of reach for three in five of the world’s people.”

The report also says that political parties in 60 percent of the countries surveyed used the Web to publish manifestoes or political analysis. It notes that in “newer democracies or countries facing political upheaval, like Pakistan, parties may have active Facebook pages but are not using online tools to recruit and register new members.” It notes that “online platforms are beginning to play a significant role in shaping opinions on political issues” in countries like Pakistan “where Web use is growing but still sparse.” But it warns that “government efforts to control, monitor or subvert electronic communications are [also] on the increase.”

Speaking at the report’s launch, Berners-Lee said this growing surveillance and censorship of the Internet “threatens the future of democracy.”

“One of the most encouraging findings of this year’s Web Index is how the [Internet] and social media are increasingly spurring people to organize, take action, and try to expose wrongdoing in every region of the world,” said Berners-Lee. “But some governments are threatened by this, and a growing tide of surveillance and censorship now threatens the future of democracy … Bold steps are needed now to protect our fundamental rights to privacy and freedom of opinion and association online.”

Developing countries are most likely to block and filter online communications, but leaks from fugitive U.S. analyst Edward Snowden revealed that developed countries are more likely to spy on the Web, the report said.

Sweden topped the overall Web Index for developed countries for the second year running, followed by Norway, Britain, the U.S., and New Zealand. Mexico topped the list of emerging market countries, while the Philippines came in at No. 1 among developing nations.