West Must Ramp Up Airstrikes Against Islamic State: Expert 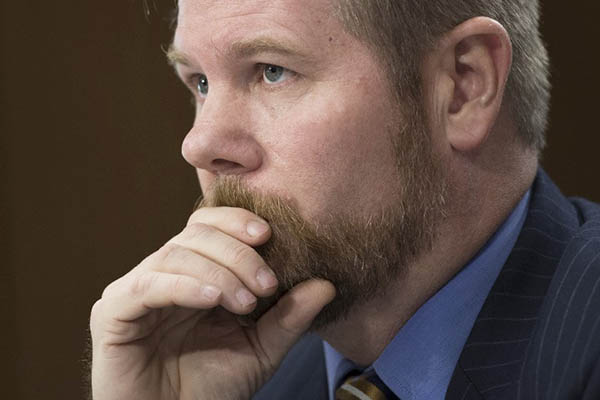 The West must ramp up airstrikes by 10 to 20 times to have any hope of disrupting the Islamic State group, which risks turning Europe into an urban guerrilla warzone, warned one of the world’s leading counter-terrorism experts.

David Kilcullen, an Australian army veteran, became the senior counter-insurgency adviser to U.S. General David Petraeus during the Iraq War and is considered a key architect of the “surge” strategy that helped turn the conflict around. In an exclusive interview, he told AFP the Paris attacks showed the Islamic State group was morphing from a terrorist threat into a “structured organization” like the IRA in Ireland or ETA in Spain during the 20th century.

“It’s early days but I think we are starting to see the emergence of a fairly widespread paramilitary underground movement in Western Europe,” he told AFP from Washington. “This is not like the expeditionary terrorist attacks of Al Qaeda where they build a team in one country, smuggle them into another country and they all die,” said Kilcullen, whose book Blood Year: Islamic State and the Failures of the War on Terror is due out next year. “The way the Paris attacks went down—with safe houses, stolen cars, weapon caches, guys successfully going underground after attacks—this is a lot closer to the classical definition of urban guerrilla warfare.”

Kilcullen, who warned the U.S. against the Iraq invasion in 2003, said the Western strategy against I.S. in Syria and Iraq has so far been characterized by dishonesty and half-measures. “We need to have an honest conversation—we’re pretending we’re not in combat, that we don’t have boots on the ground,” he said. “But we have several thousand on the ground in Iraq and the 50 that are acknowledged in Syria are not the only Western Special Forces there. We’re trying to present this fiction that the war in Iraq is over.”

Kilcullen rejected suggestions from some analysts and politicians that the West should deploy tens of thousands of troops. “That’s a fantasy. If you really wanted to take it as our task, you would need way more than that. You would be looking at 200,000, 300,000 even 400,000 troops to do it,” he said. “And frankly, it wouldn’t work. The Iraqis and Iranians would push back hard. And a small-scale ground invasion is asking for trouble because you put enough guys in to really piss everyone off, but not enough to win.”

What is really needed, said Kilcullen, is “a serious air campaign.”

“Despite the rhetoric, we really have not done that,” he said.

The U.S. has been flying 10-15 sorties per day against I.S., he said, compared with 250 strikes per day launched by NATO during the Kosovo war in 1999, or 110 per day during the Afghanistan invasion two years later. “People who say the air campaign has failed need to be told we haven’t done it properly yet. I would recommend a few more special forces, advisers and targeters on the ground with a radical increase in air support—maybe 10 or 20 times the scale,” said Kilcullen.

Western leaders have said they have limited targets to strike due to the lack of on-the-ground intelligence and fear civilian casualties will push more people towards jihadists. But Kilcullen said: “I don’t think there’s an alternative. Paris shows us it’s not containable. We’re treating I.S. like a terrorist organization, trying to target individual leaders and weapons posts. We should be targeting them as an enemy state. That’s what they are. We need be knocking out the power, the water supply, their control of oil fields and refineries, the cities they control.”

His appraisal carries added weight given that Kilcullen is one of the main proponents of winning hearts and minds during insurgency campaigns, and whose Awakening strategy in Iraq was based on building cooperation with local tribes. He said there had been local uprisings against I.S., but “they only work if there are enough troops on the ground to protect tribes when they rise up… otherwise they get slaughtered.”

Meanwhile, on the home front, he said the priority must be to deal with the refugee crisis—because it is empowering the far-right and allows jihadists to sneak into Europe. “There’s a danger of a significant rightwing or even mainstream backlash against refugees, with protests and counter-protests leading to civil unrest,” said Kilcullen, adding that I.S. were no doubt deliberately provoking such clashes by using the refugee trail.

But he also said there were legitimate concerns about how refugees are monitored. “They’re processing around 20,000 a day in Munich. Virtually none are being vetted properly. That’s creating the manpower for a very substantial problem to come.”