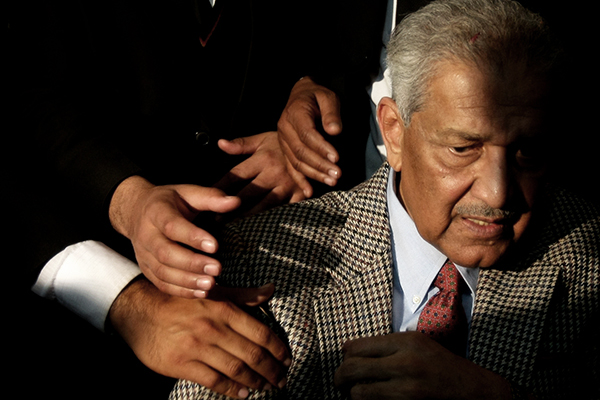 An interview with Pakistan’s ‘father of the bomb.’

Dr. Abdul Qadeer Khan, widely considered the father of Pakistan’s nuclear bomb, has kept a low profile since his unprecedented 2004 television address accepting sole responsibility for providing nuclear knowhow to Iran, Libya, and North Korea. President Pervez Musharraf pardoned Khan the following day, but after a period under house arrest, he remains closely watched by authorities. We recently conducted an email interview with the nuclear scientist hailed as a hero inside his own country and a threat to global security outside of it. Excerpts:

Pakistan’s nuclear assets are often described as the “Islamic bomb.” Given that no other Muslim-majority country has the bomb, is this description something that you agree with?

The term “Islamic bomb” was mischievously coined by the Western world to frighten the rest of the world and to portray Muslims, and Pakistanis, as terrorists who should not possess an atom bomb. The Western world is united in Muslim-bashing and ridiculing Islam and its golden values.

The U.N. has slapped sanctions on Iran—ostensibly as punishment for the Islamic country’s pursuit of nuclear weapons. How do you see global geopolitics shifting if Iran were to acquire nuclear weapons?

In Iran the same mischievous propaganda is at work to befool the rather ignorant—or less knowledgeable—public that it poses a threat and is a fanatic, terrorist country. Have we already forgotten that, despite the repeated statements of no [weapons of mass destruction] in Iraq that were made by [former U.N. weapons inspector] Hans Blix after [International Atomic Energy Agency] inspectors made regular visits to that country, [former U.S. president George W.] Bush and [former British Prime Minister Tony] Blair still attacked Iraq? In this process they killed thousands of people, destroyed an ancient civilization, occupied the country, and put stooges in place to play their part in the killing of their own people. Iran, as everyone knows, is a member of the [Nuclear Non-Proliferation Treaty] regime, it is open to IAEA inspection of all its sites, to which it is adhering, and that it cannot produce nuclear weapons material or nuclear weapons. This is yet another example of Western hypocrisy.

Most here take pride in the fact that Pakistan is a nuclear state and believe this has served as a deterrent to conventional war with India.

Yes, I fully agree. Our nuclear program has ensured our survival, our security, and our sovereignty … I am proud to have contributed to it together with my patriotic and able colleagues.

Former ISI chief Javed Ashraf Qazi recently told Dawn News that CIA agents were caught in 1994 or 1995 trying to buy information on Pakistan’s nuclear program. The refrain that Pakistan’s nuclear weapons are unsafe and can fall into the hands of radical Islamic organizations is also often played up in the Western press. How secure is the nuclear arsenal?

Nobody ever penetrated Kahuta [the site of Pakistan’s main nuclear facility], nor could they do so. The Americans, contrary to their tall claims, were totally in the dark about the status of our program. Majors—or even generals, for that matter—had no access to sensitive and classified information … [Kahuta] or PAEC [Pakistan Atomic Energy Commission] were never a department store where one could go and pick up a bomb! The American and British intelligence agencies tried to bribe and buy two of our scientists, who refused all sorts of incentives and reported the matter to me.

Can nuclear weapons fall into the wrong hands?

This is again a Western myth and one of their phobias. A nuclear weapon—good or dirty—is a highly complicated and sophisticated device. A large number of parts are needed, and expertise is required to assemble such a device. Even scientists and engineers without the relevant experience are not able to do this, let alone to talk of illiterate, untrained terrorists.

We have examples of countries, like South Africa and, to an extent, Libya that decided to give up on their nuclear ambitions. How realistic is the possibility of a world with no nukes?

It is very convenient to give South Africa and Libya as examples of self-deweaponization. However, let us look at the backgrounds first. In South Africa the “whites” destroyed their nuclear weapons before handing over power to the “blacks.” They could not accept the fact that “black” people should or could possess them. The Libyans panicked after the West attacked Iraq and eliminated Saddam Hussein by falsely accusing that country of possessing nuclear weapons.

The U.S. was aware of Pakistan’s nuclear program but turned a blind eye to it during the original Afghan jihad. As soon as the Soviets were defeated, the U.S. Congress barred American military aid to Pakistan. Has the world made an unfair distinction between Pakistan’s and India’s pursuit of a nuclear program?

The [first] Afghan War was a blessing for our nuclear program. It was not that the Western countries actively supported it, but that they were too scared and occupied with the Russian invasion of Afghanistan and its future consequences to actively oppose it. Neither the Americans nor the British had a clue about the status of our program until 1990. After the Afghan War they slapped sanctions on us to extract concessions from Benazir Bhutto’s government, but [former president] Ghulam Ishaq Khan and [former Army chief] Gen. Aslam Beg frustrated their nefarious designs.

There have been reports that the American Joint Special Operations Command wanted to assassinate you. How safe do you feel?

It is all pure humbug. Nobody ever tried to assassinate me. I traveled all over the world at a time when everyone knew that I was the architect of Pakistan’s nuclear weapons program. The fact is that Allah Almighty had not yet fixed the time and place for my demise. I never was and never will be afraid of so-called threats. When our predetermined time comes, Hazrat Izrael [the angel of death] will find us, no matter where we are hiding.

Have the wars in Afghanistan and Iraq made the world safer?

No, the world is not a safer place. Nationalists—call them fundamentalists or extremists if you like—have obtained a mobilization point with [the wars], have united, and are determined to negate the plans and designs of the Western countries.

The CIA chief, Leon Panetta, said earlier this year that Pakistan is now the headquarters of Al Qaeda. British leaders have declared Pakistan the exporter of global terrorism. Is this accurate, and, if so, what can Pakistan do to turn the tide?

The CIA chief—like his bosses and those before him—is a liar. There is no headquarters of Al Qaeda in Pakistan. Yes, Pakistan has become very unsafe due to foreign troops in Afghanistan. Our cohesion has been shattered. The spineless political leaders have turned our country—a nuclear and missile power with 180 million people—into a beggar state, a third-rate country. If there had been any pride left in our leaders, they would have responded appropriately and nobody would have dared to say such things in the first place.

Despite your televised address more than six years ago, your popularity among Pakistanis has largely remained intact. Did you ever feel let down?

Is Pakistan a threat to the world?

No, Pakistan is not a threat to any country. If Western troops withdraw from this area we would once again have peace and tranquility here. I still hope that someday we will find honest, God-fearing leaders to turn this country into one of prosperity and peace.

There is also the popular theory that Pakistan is a nation with no sustainable identity. The bomb, like cricket, is one of those things that bind all Pakistanis in common pride and cause. Do you agree?

Pakistan was not an artificially created country. We, the Muslims in India, were a separate nation with a distinct culture, history, social order, and heritage. By any definition we were a nation. Unfortunately, selfish, narrow-minded leaders broke it into ethnic groups, which led to exploitation. Nuclear weapons made the nation walk with heads held high.