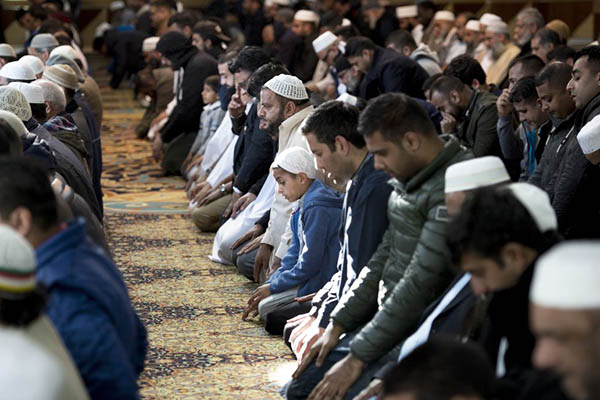 Many British Muslims do not share the values of non-Muslim fellow Britons on issues like homosexuality, according to a controversial poll that has sparked a debate about integration and multiculturalism.

The survey was conducted by the ICM polling institute for a Channel 4 documentary airing on Wednesday entitled What British Muslims Really Think and presented by anti-racism campaigner Trevor Phillips. Out of the 1,081 respondents, 52 percent said they believed homosexuality should be illegal, compared to 22 percent of all Britons.

Thirty-nine percent believed women should always obey their husbands and 23 percent said Islamic sharia law should apply in areas with high Muslim populations. “What it reveals is the unacknowledged creation of a nation within the nation, with its own geography, its own values and its own very separate future,” Phillips, a former television presenter, wrote in the Sunday Times ahead of the broadcast.

Phillips said the survey showed Muslim integration would be “the hardest task we’ve ever faced.”

“It will mean abandoning the milk-and-water multiculturalism still so beloved of many, and adopting a far more muscular approach to integration,” he added.

The poll has already stirred controversy, with many campaigners objecting to the singling out of Muslims. “Discussions and proposals to promote integration and cohesion are always welcome,” Miqdaad Versi, assistant secretary general of the Muslim Council of Britain, wrote in the Guardian newspaper on Tuesday. “But the starting point should not be that Muslims are the problem, ‘not quite British enough’, and must be civilized into a pre-existing notion of Britishness,” he said.

Varsi pointed to the poll’s finding that 86 percent of respondents said they were very attached to Britain and 78 percent said they wanted to integrate.

The poll comes two weeks after the Sun tabloid, Britain’s most read newspaper, was forced to publish a correction to a poll in which it claimed that one in five British Muslims support jihadists. Britain’s press regulator said the Sun story was “significantly misleading.”

That poll found that five percent of those surveyed had a lot of sympathy, 14 percent had some sympathy and 71 percent had no sympathy with “young Muslims who leave the U.K. to join fighters in Syria.”

Shiraz Maher, a researcher at King’s College London, said the results of the ICM poll were biased as it was conducted in areas where Muslims make up more than 20 percent of the population, compared to four percent for Britain as a whole.

Maher wrote on Twitter that respondents in those areas were likely to be more conservative, saying it was “a narrow survey of Muslim attitudes in highly ghettoized areas.”

“This isn’t to suggest there isn’t a problem with deeply conservative views in parts of British Muslim life but the poll is problematic,” he wrote.

Others took to Twitter to mock the poll, which was conducted between April 25 and May 31 last year, under the hashtag #WhatBritishMuslimsReallyThink. One user posted a picture of bearded actors George Clooney and Ben Affleck with the message: “This whole beard thing lately… that was us right?” Another posted a picture of a cat in a headscarf, saying: “He will be profiled at an airport.”

Sayeeda Warsi, who was the first Muslim to join a British cabinet but resigned in 2014 over the government’s reaction to the Gaza conflict, also opted for a lighter tone. “Start the conversation #WhatBritishMuslimsReallyThink. It’s a beautiful sunny day today so no excuse for the husband to avoid mowing the lawn,” she tweeted.