Home Latest News What Comes Next? 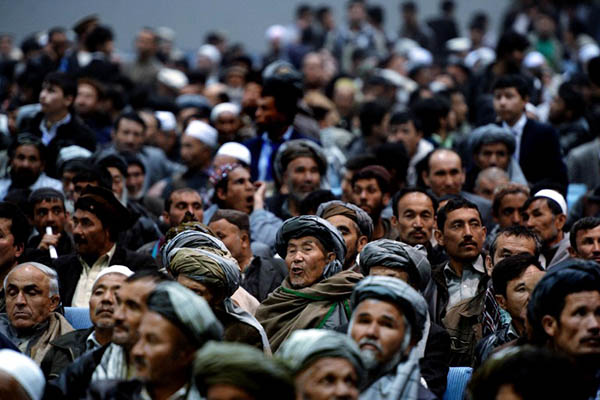 A look at the possible scenarios that could play out as a result of Afghanistan’s presidential election.

Afghanistan’s election on Saturday will mark a new era for the country as NATO troops end their protracted war against Taliban insurgents and President Hamid Karzai steps down after 13 years of rule.

U.S.-led foreign donors hope the vote will help vindicate the massive military and civilian intervention since 2001, while many Afghans see it as an indicator of what lies ahead. Amid the anxiety and doubt, here’s an exploration of some scenarios that may play out.

After the fraud and violence of the 2009 elections, few expect a textbook democratic process, but the United Nations has solid expectations of what it calls a “credible, inclusive and transparent” vote. The election will be widely deemed a success if the Taliban fail to pull off spectacular strikes, if the turnout is higher than the one third of registered voters in 2009, and if the result is not fundamentally undermined by fraud.

For Afghans, a new president in this scenario could promote peace and reconciliation, and help the country begin to emerge as a sovereign independent nation after the NATO withdrawal. A successful election would also allow the incoming president to reset the crucial, and much battered, relationship with the United States.

Karzai and U.S. officials have struggled to maintain a working relationship, and the incoming leader could end the bitter personal enmities of recent years. A deal for a small number of U.S. troops to stay in Afghanistan from 2015 could be signed quickly, lessening the fear of spiraling violence and ending the threat that essential aid money could be cut off. An election result broadly endorsed by Afghans would also enable nations that sent troops to fight and die in Afghanistan to say that the cost in blood—and money—was worthwhile.

The vote on Saturday is likely to be the start of a long period of deal making, debate and disputes before the new president is finally inaugurated perhaps in August—or even later. Preliminary results from the first round are due on April 24 and a final result on May 14, nearly six weeks after polling day.

If, as predicted, no candidate wins more than 50 percent of the vote in the first round, the election will then go to a run-off between the two leading contenders.

The second-round vote is scheduled for May 28, triggering another bout of counting and fraud allegations until the end of June, when the holy month of Ramzan begins.

The extended timeline leaves ample opportunity for political drama, as Karzai moves out of power and into a new, and undefined, role as the retired president. “A very chaotic electoral process, it seems, is the one thing that can be confidently predicted,” said the Afghan Analysts’ Network in a paper released shortly before the vote.

Months of uncertainty could sharply worsen Afghanistan’s fragile economic outlook, with no new administration in place to boost investment by passing key legislation such as a long-awaited mining law. One outcome of long negotiations after the first round could even be a national coalition government, ending the need for a run-off—though how any such agreement could satisfy all parties remains unclear.

For a clear winner to emerge from the election, the other candidates must concede defeat, but massive fraud in previous votes may make any loser reluctant to step aside. If a disgruntled candidate calls their supporters onto the streets to protest against a “stolen” election, Afghanistan could face the biggest test of its stability since the fall of the Taliban in 2001.

The camp of leading candidate Abdullah Abdullah has consistently said that “only fraud” can keep their man from the presidency—and he has vowed not to again swallow the “bitter pill” of withdrawing from the second round as in 2009.

The election campaign has been largely free of inflammatory ethnic rhetoric, but civil unrest during any political power struggle could exacerbate traditional divides between Pashtuns, Tajiks, Uzbeks and Hazaras. Tensions and emotion will be high as U.S.-led combat troops withdraw by the end of this year, and any serious unrest would soon revive memories of the 1992-1996 civil war that tore the country apart and enabled the Taliban to come to power.

The absence of a new president in the palace would also imperil donors’ aid pledges, cloud relations with the U.S., and dash hopes that peace talks with the Taliban can finally be started to end decades of war.